Discover the historical canal behind the industrialisation of the whole area, a major engineering work in France’s network of inland waterways.

A junction between two seas

To promote trade across France and link the Atlantic Ocean to the Mediterranean Sea, the ambitious project to dig a 114km long canal between the Saone river and the Loire river was launched by Emiland-Marie Gauthey, chief engineer of the state of Burgundy in 1782. Essentially designed like a transit channel connecting the navigable fluvial ways of France, the route flows down the Dheune and the Bourbince valleys, connecting Chalon-sur –Saône to Digoin and the Loire river.

Construction works on the Canal began in 1783, establishing a network of inland waterways serving the Industrial Revolution and contributing to prosperity of Le Creusot and Montceau-les-Mines in the half century before the railway era. Renamed the canal of Saône-et-Loire first, then the canal du Centre, it was officially inaugurated in 1794 after ten years of digging and construction, with an average workforce of 1,000 men equipped with shovels, picks and wheelbarrows. It fast became a major commercial waterway boosting the economy of the country and facilitating industrialization process along its banks.

Initially built to facilitate transport of local equipment and raw materials (wine, cereals, wood, stones, slates), the creation of the canal took into account the development of coal mining in Blanzy and Montcenis. As a result, the canal rapidly contributed to the emerging industrial activity by facilitating shipping of the "black gold" from the mining area. By serving two major iron and steel plants, the Schneider establishments in Le Creusot and Campionnet in Gueugnon, this human-made waterway played a major role in the region’s industrial boom by conveying all industrial and metallurgical products across France.

At the same time, the digging of the canal revealed a rich subsoil and excellent quality clay used by local ceramic makers. The banks of the canal are propitious to the establishment of ceramic factories, workshops, tile, pottery and brickyard. In fact, ceramics became a local specialty of the “Ceramic Valley" between Chalon-sur-Saone and Digoin.

In the nineteenth and the twentieth century, the canal du Centre was a major centre of economic activity, attracting rural populations, miners and workers to neighbouring hamlets, and houses, cafes, pubs and inns appeared along its banks.

In the 1860s, the railway station in Le Creusot and Montceau-les-Mines hugely affected canal transportation related to metallurgical activity. However, the canal du Centre continued to play a major role in shipping coal from the Blanzy-Montceau mines until its commercial decline in 1960. 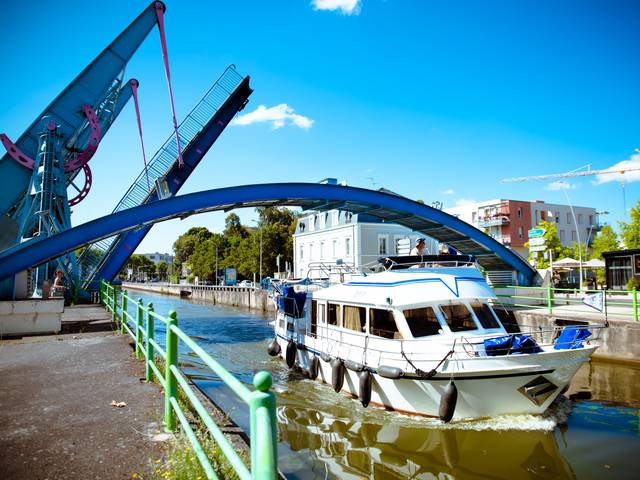 Your way to discover all the area

Boasting a great tourism potential that is now focused on yachting, cycling and outdoors activities, the meanderings of the canal du Centre, its charming harbours and the peaceful pace of boats provide a perfect escape.

Along the towpaths, locks, aqueducts and bridges, time slows down and you can really immerse yourself in the life of boatmen and the atmosphere of yesteryear, from the Industrial Revolution to the present days.

Unique and remarkable heritage remains today scattered along the canal for you to explore : the Pont-Levant bridge, the former harbour used to load coal is now the charming marina of Montceau-les-Mines or the coal washhouse, the Lavoir des Chavannes in Ciry-le- Noble, the largest coal washhouse in Europe in 1920. 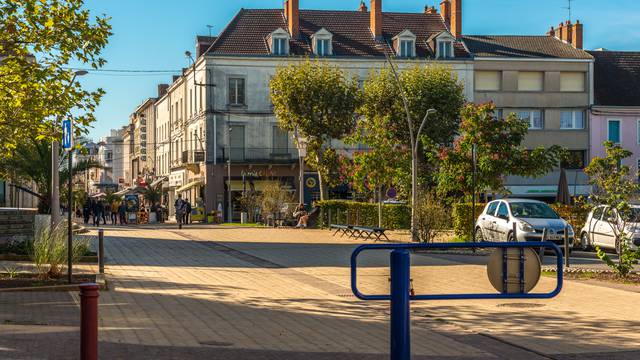 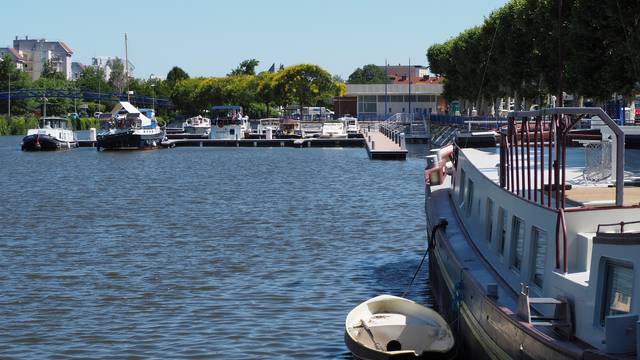 A picturesque stop on the Canal du Centre