A steel arch connecting town and the mines

A spectacular engineering work linked to the early industrial activity that shaped the town of Montceau-les-Mines.

Spanning the Canal du Centre, the lift bridge of Montceau is an iconic landmark of the town centre’s landscape. Aesthetically speaking, the bridge is an impressive steel structure designed to rise up so boats can pass underneath and continue their journey on the Canal du Centre. Montceau actually features 3 consecutive lift bridges over a distance of 200 metres long.

An original wooden drawbridge was erected on this site in the mid-19th century, replaced in 1869 by a metal swing bridge and pedestrian bridge. At the time, it was the only mean of crossing the canal between the town centre and the mines’ central offices and workshops. It was always very busy with pedestrians and mine workers, especially at changing work shifts. 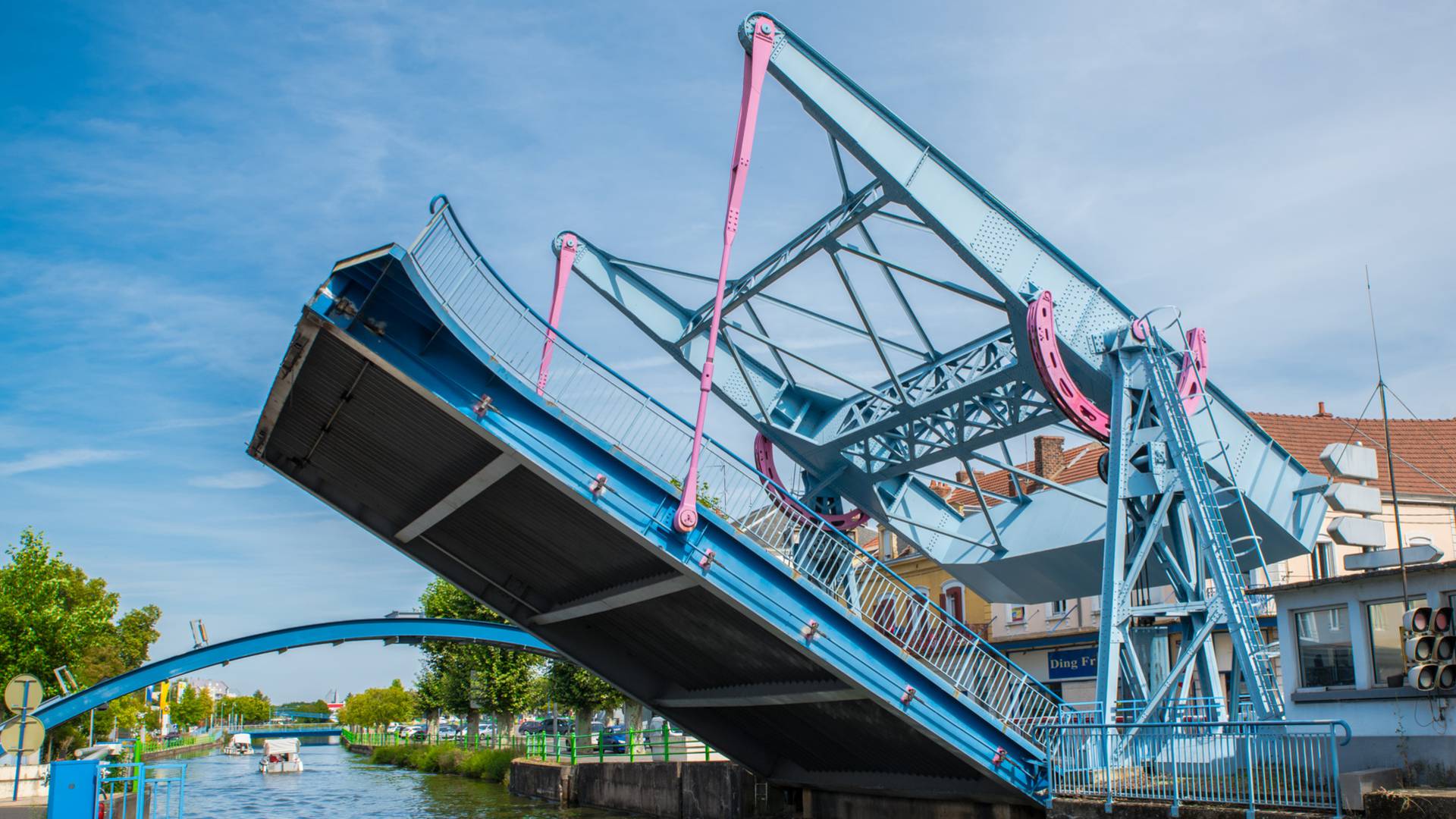 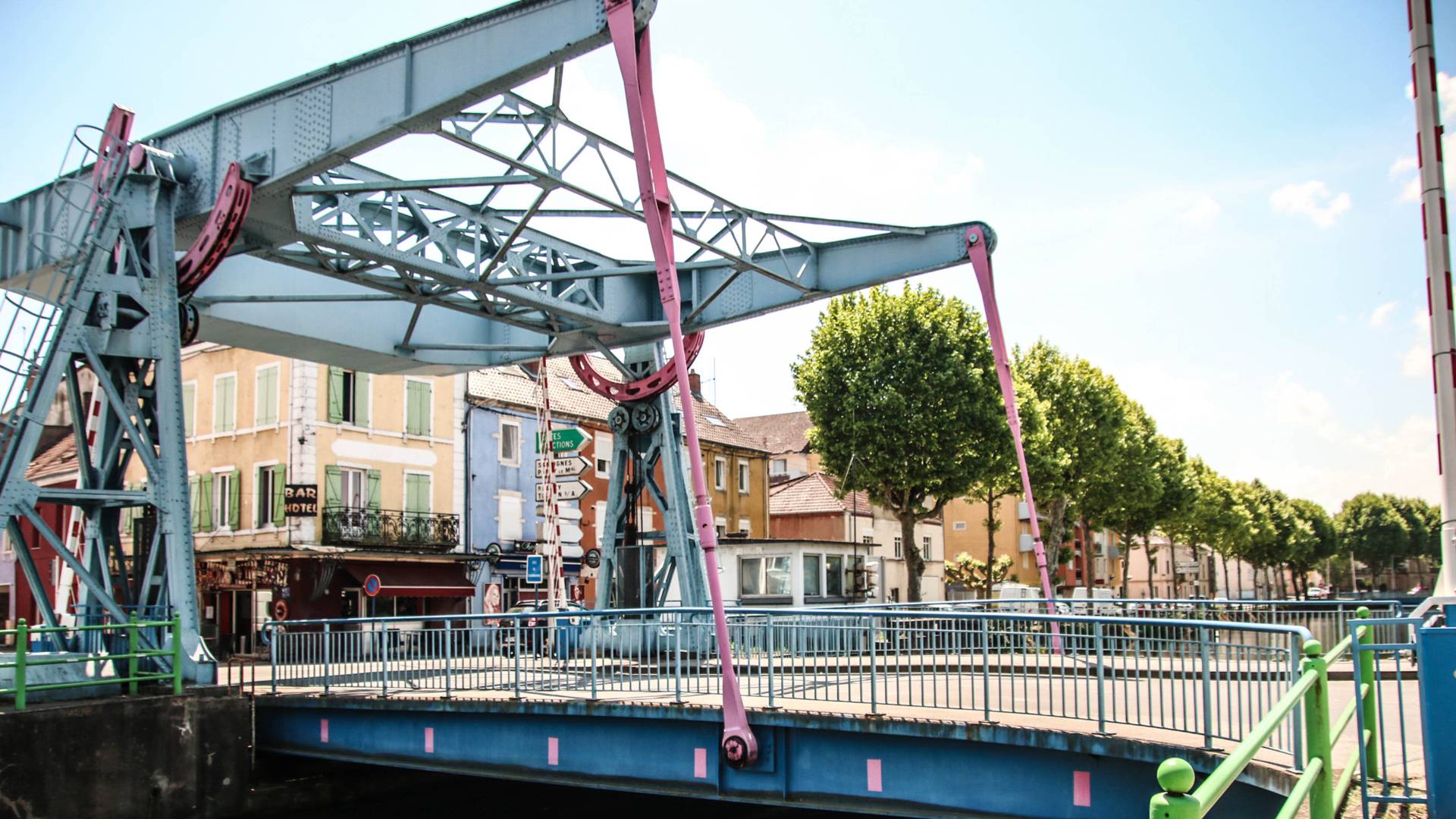 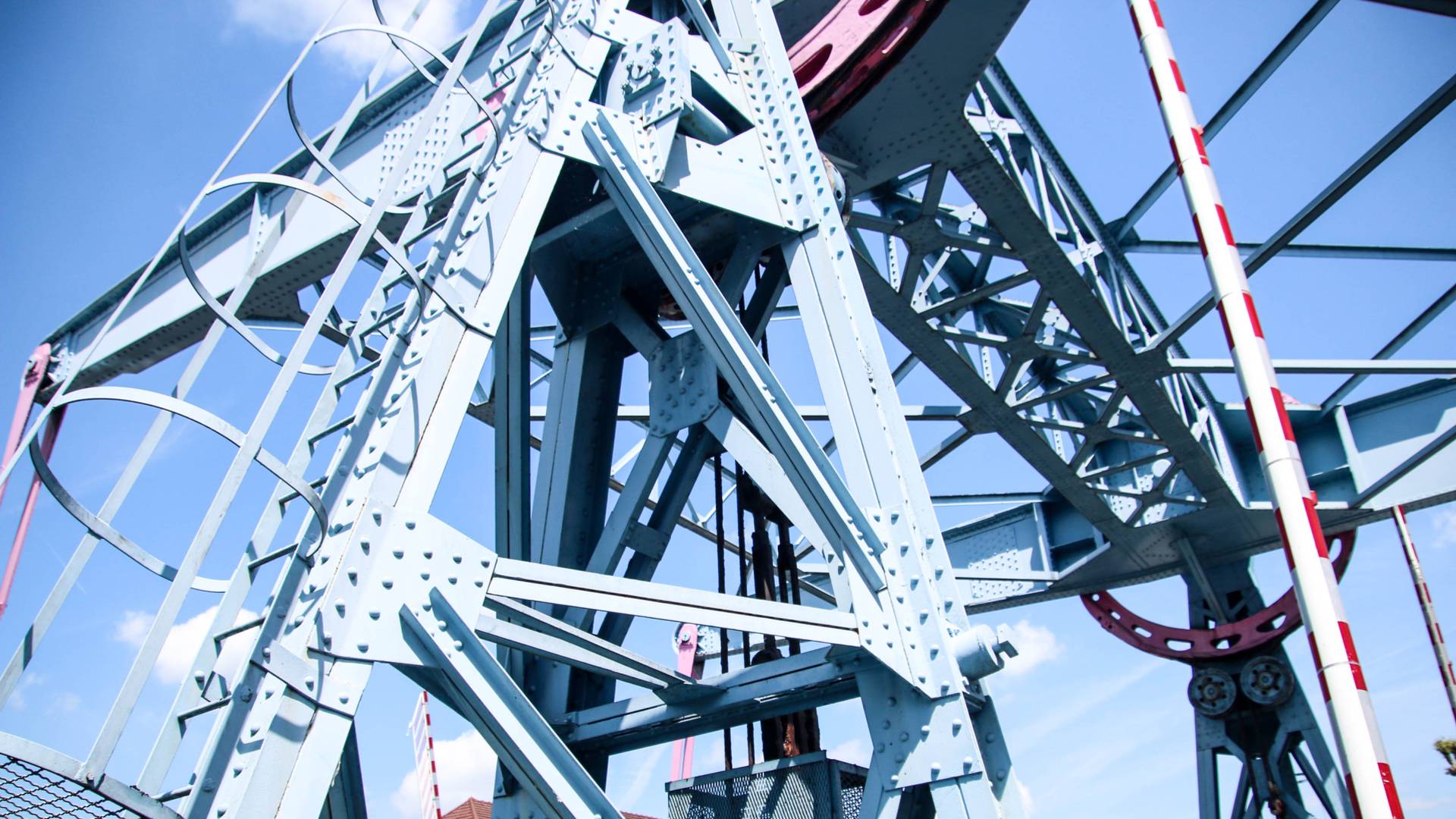 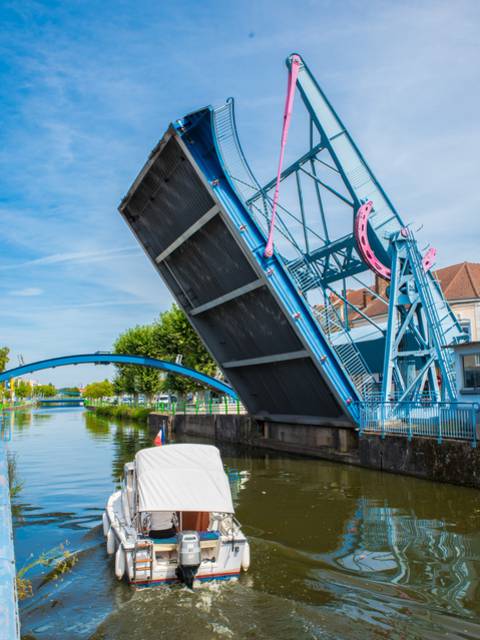 Shortly after the Second World War, the swing bridge became too narrow for car traffic. This bridge was removed to make way for the construction of a new lift bridge…the one you can still see today. Manufactured in the factories of Le Creusot, the new riveted steel construction that replaced it operated a hydraulic system and a counterweight mechanism, still in use today. Two extra bridges were added to span this stretch of water: a road bridge in the late 1970s and a pedestrian bridge at the time of the development of the Ateliers du Jour and the Équipages new district.

In fine weather, it is common to see road traffic interrupted a few times a day to give way to river traffic and allow access to the marina. As you stroll down the river, you might be lucky and catch a glimpse of this lift bridge in motion, rising vertically to let river traffic through. This true spectacle of visionary engineering and architecture gives the place an extraordinary, melancholy charm from industrial times.