A new district in town

Along the canal, a cultural district has emerged from the former coal mines’ headquarters and workshops. 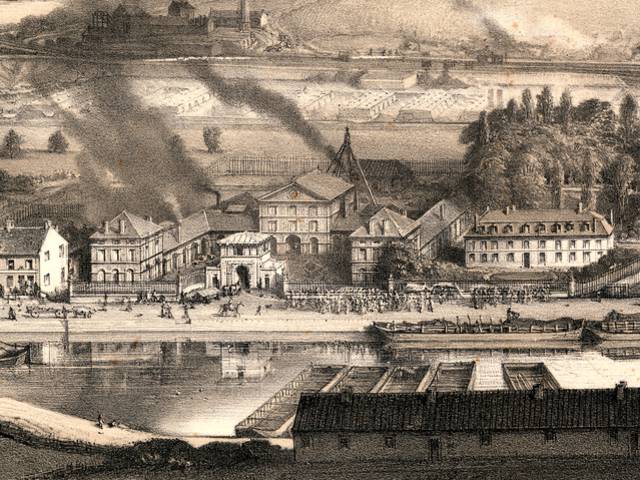 When the Blanzy Mining Company was founded in 1833, it was established along the banks of the Canal du Centre in the hamlet of Le Montceau, bound to become the town of Montceau-les-Mines in a few years only.

A management building called « the administration house » was built first, followed by an additional huge building housing offices and workshops in the middle of the 20th century. Most of the tools and machinery used by miners at their workplace were produced on site.  This main building, a kind of  powerhouse of the mines never ceased to expand until the first half of the 20th century, as mines developed as well as productions linked to coal mining.  Various workshops, a forge, a foundry, a mill and a carpentry, a gas plant and gasometers, warehouses, stables, a sinter plant could be found on site. This industrial district just across the canal from the town centre only attracted miners and workers of the coal mines for a long time. 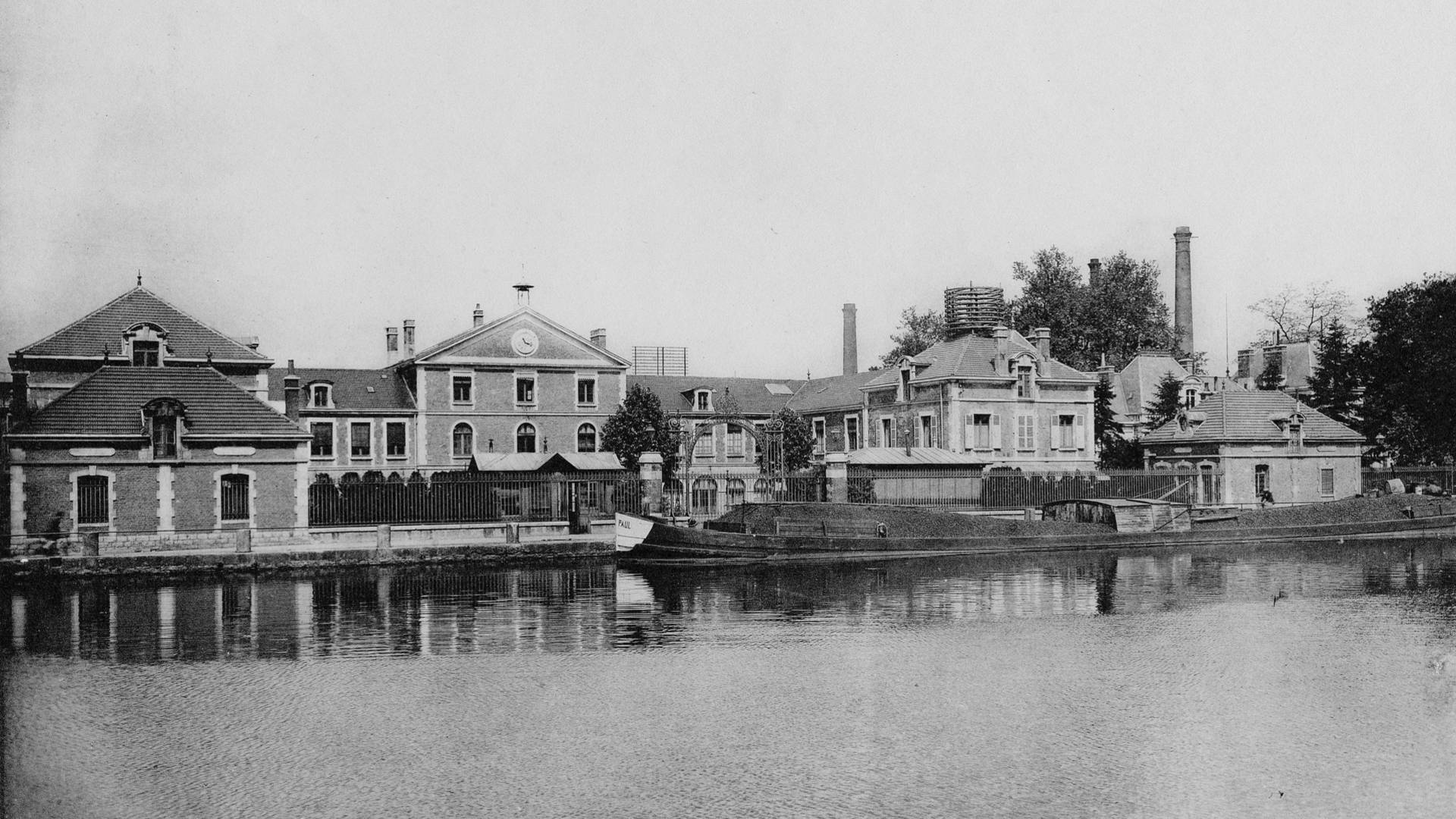 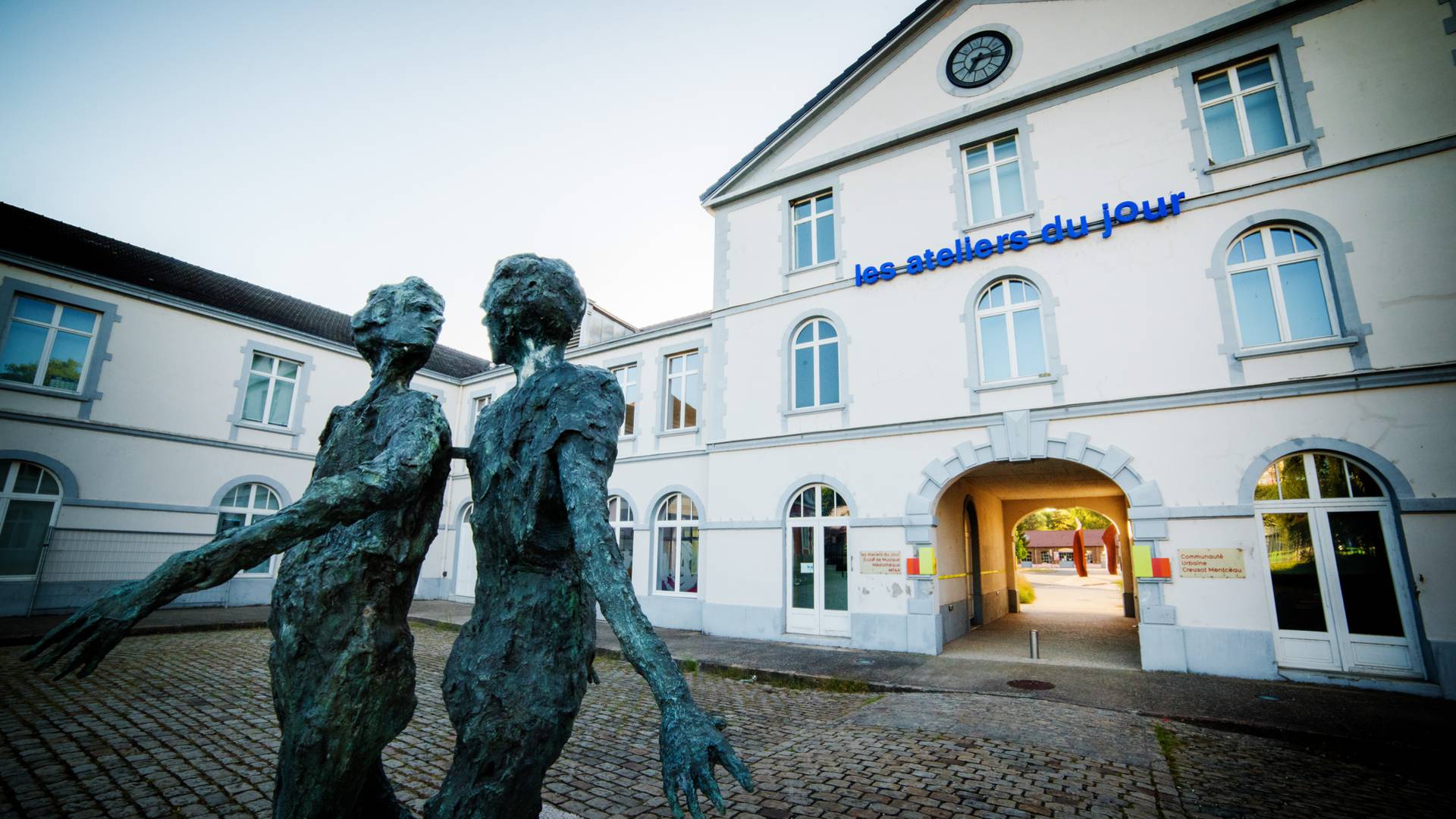 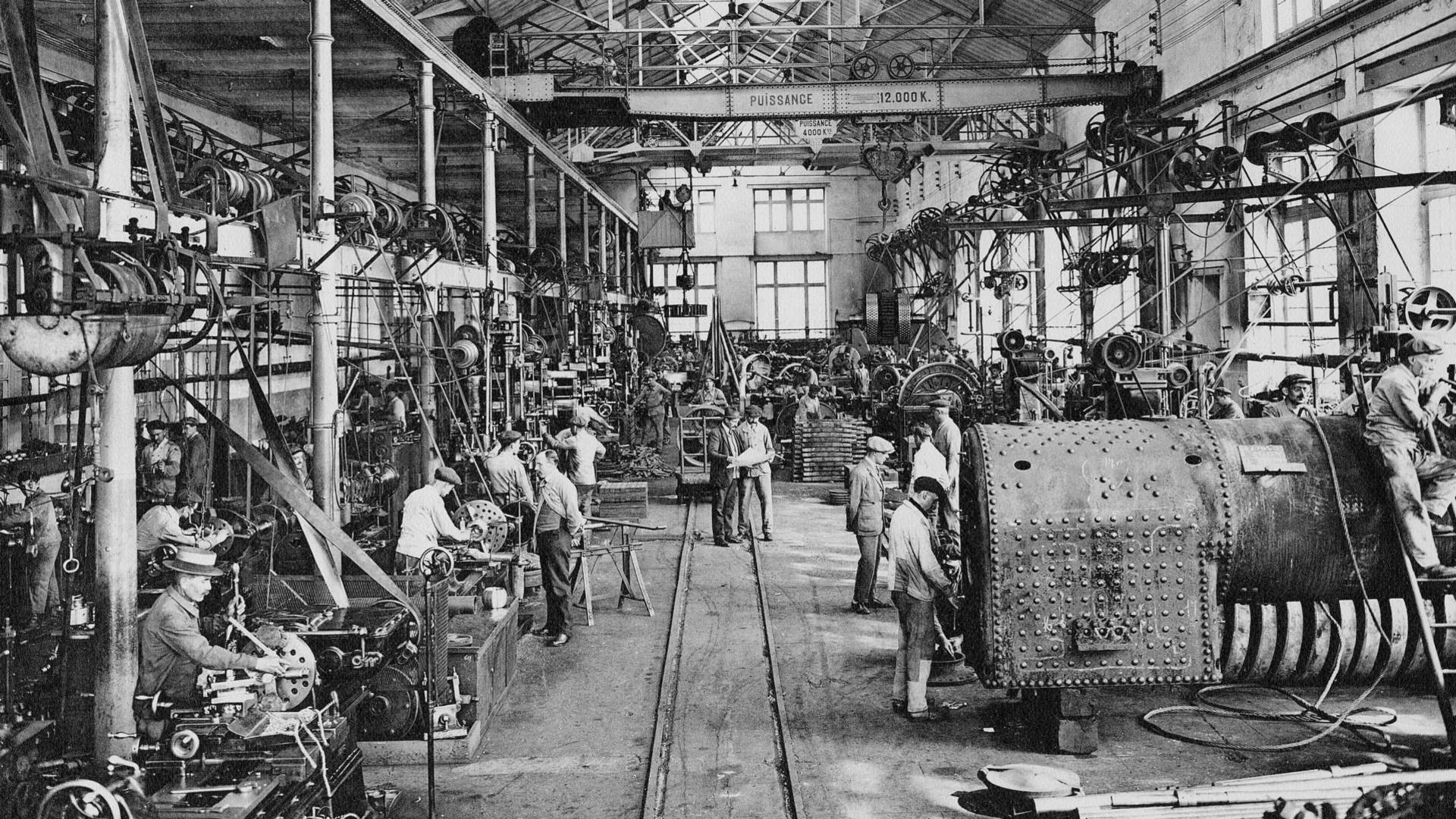 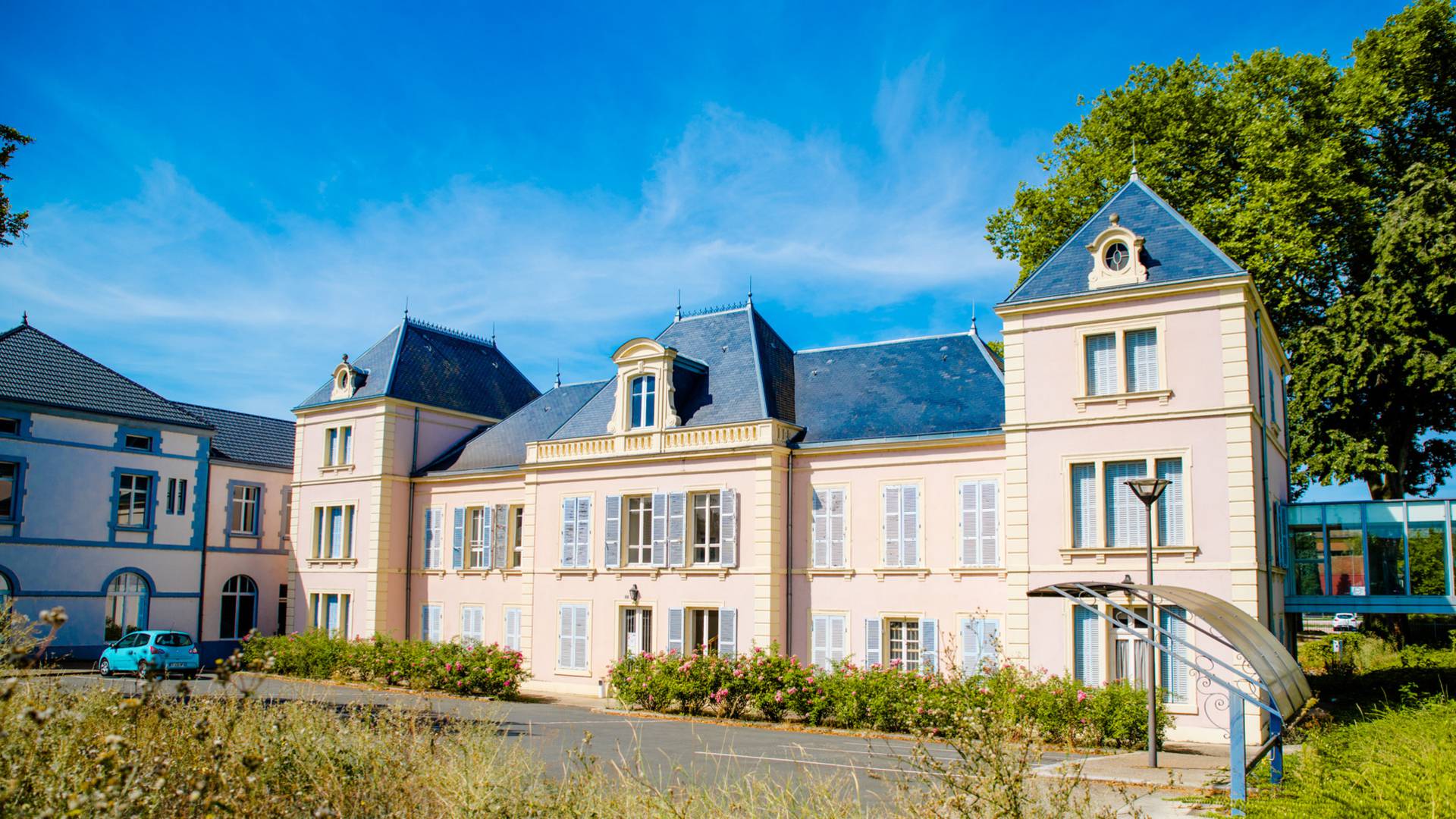 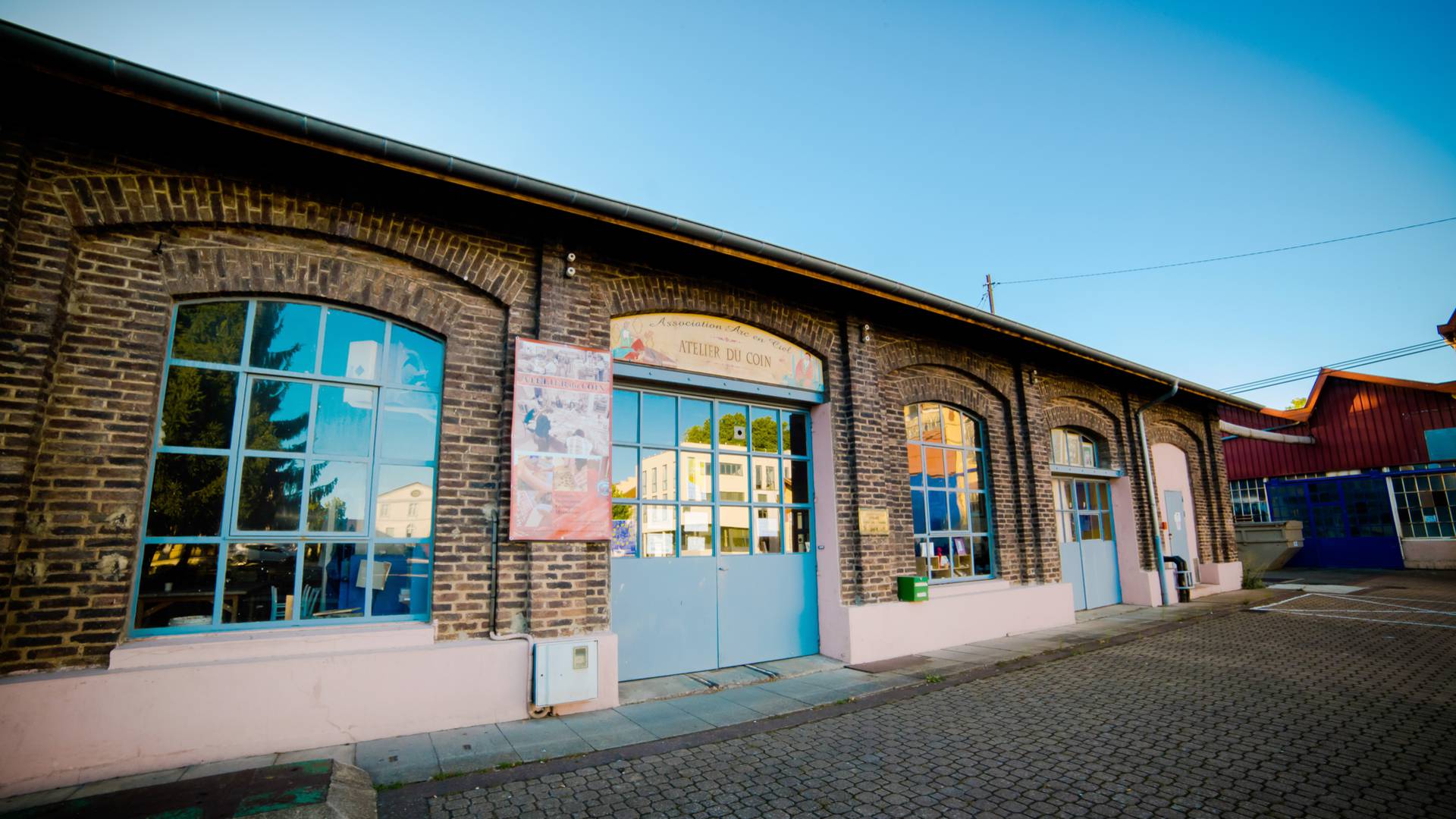 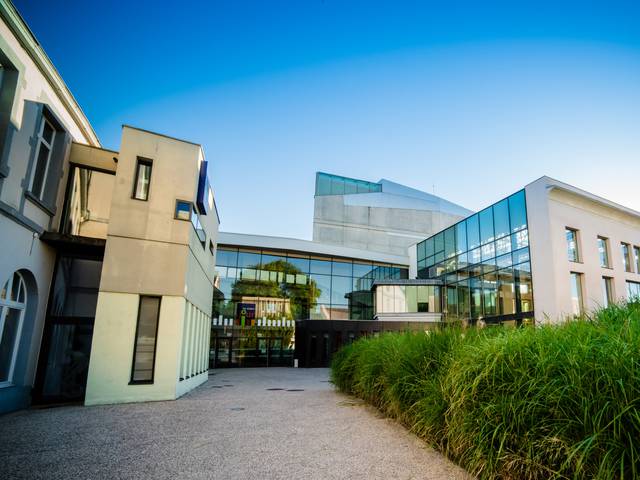 When a cultural hub rises from derelict buildings

After coal-mining activity ceased in 2000, the offices and workshops were decommissioned and a long campaign was undertaken to clear the wasteland from 2004. The ground was cleared, and some buildings destroyed.

Since 2009 however, these former existing buildings are home to a cultural centre called “Les Ateliers du Jour” or daytime workshops, referring to the day work at the surface of the mines as opposed to the underground work of miners. The renovated buildings and modern extensions nowadays boasts a media library, a communal conservatory, artists workshops and an auditorium. The Ateliers du Jour are at the centre of a new district, Les Équipages, expanding over the former mining area and thriving with the service sector.

Enter through the imposing gates bearing the name of the company and cross the courtyard of the Ateliers du Jour. A whole new neighbourhood unfolds before your eyes, former industrial buildings refurbished for the sake of art and culture reflect the philosophy of urban evolution and the vision of repurposing historical architecture from the 19th and 20th centuries for a modern and public use.

This is the new face of Montceau-les-Mines!