Housing schemes to accommodate factory workers were a key element of the Schneider’s paternalistic policy.

As a result of the phenomenal growth of factories in Le Creusot, many rural people migrated to town and needed somewhere to live. This created high demand for houses and the necessity of building new working-class districts.

In the first half of the 19th century, workers were housed in large barracks including more than 130 homes and shared areas for all residents. However, promiscuity induced by this type of housing can lead to sanitary issues or act as an incubator for social protest, which management feared the most. 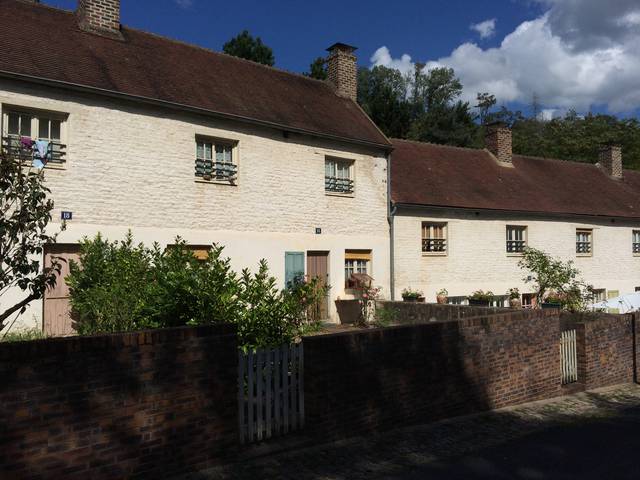 When the British entrepreneurs Manby and Wilson bought the foundry in 1826, they brought British labour along to work in their new factory. To house them, the district of la Combe des Mineurs was built. This set of 41 back-to-back lime-coated brick houses was based on an architectural model imported from Wales: two-storey houses built on a hillside with direct access to the street on each floor. Small sheds were added in front of the houses to create a little more space. In 1850, it is believed that an average of 5 people shared a living space of 23 square meters. The Combe des Mineurs undoubtedly remains the most picturesque working-class district of Le Creusot.

Towards a garden town model

In 1860, Schneider & Co built “la cité des Pompiers”, a set of 12 houses with 2 units per floor. Then, in 1865 and 1875, the company constructed "la cité de la Villedieu” for miners and” la cité Saint-Eugène” for factory workers, two districts made up of individual houses with a back garden. The streets of these neighbourhoods were named according to political matters of the time or life in the factory. In Villedieu, the streets bear the names of battles won by the ruling monarch Napoleon III (rue de Solferino, rue de Sébastopol). In Saint-Eugène, the streets refer to countries and exotics places at a time of French colonialism (street of Algeria, place of Tonkin, etc.).

During the Universal Exhibitions attended by Schneider, models of these working-class districts were exhibited and praised as social achievements. In reality, the housing situation enables the company to keep hold of the labour force and maintain a social order. Another system was also developed by the forge-masters, selling land to employees to allow them to build their own houses by offering advantageous terms of payment. 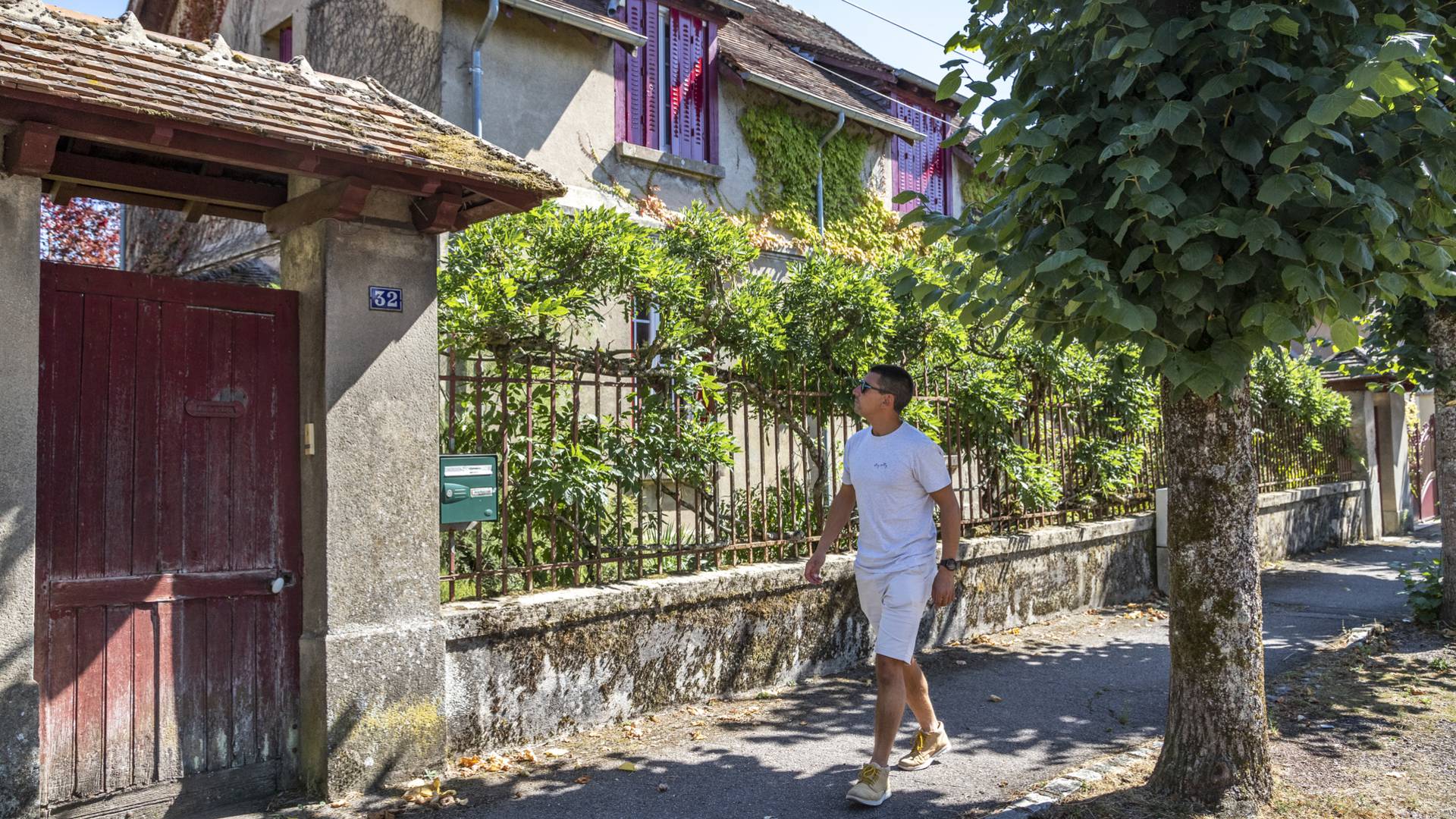 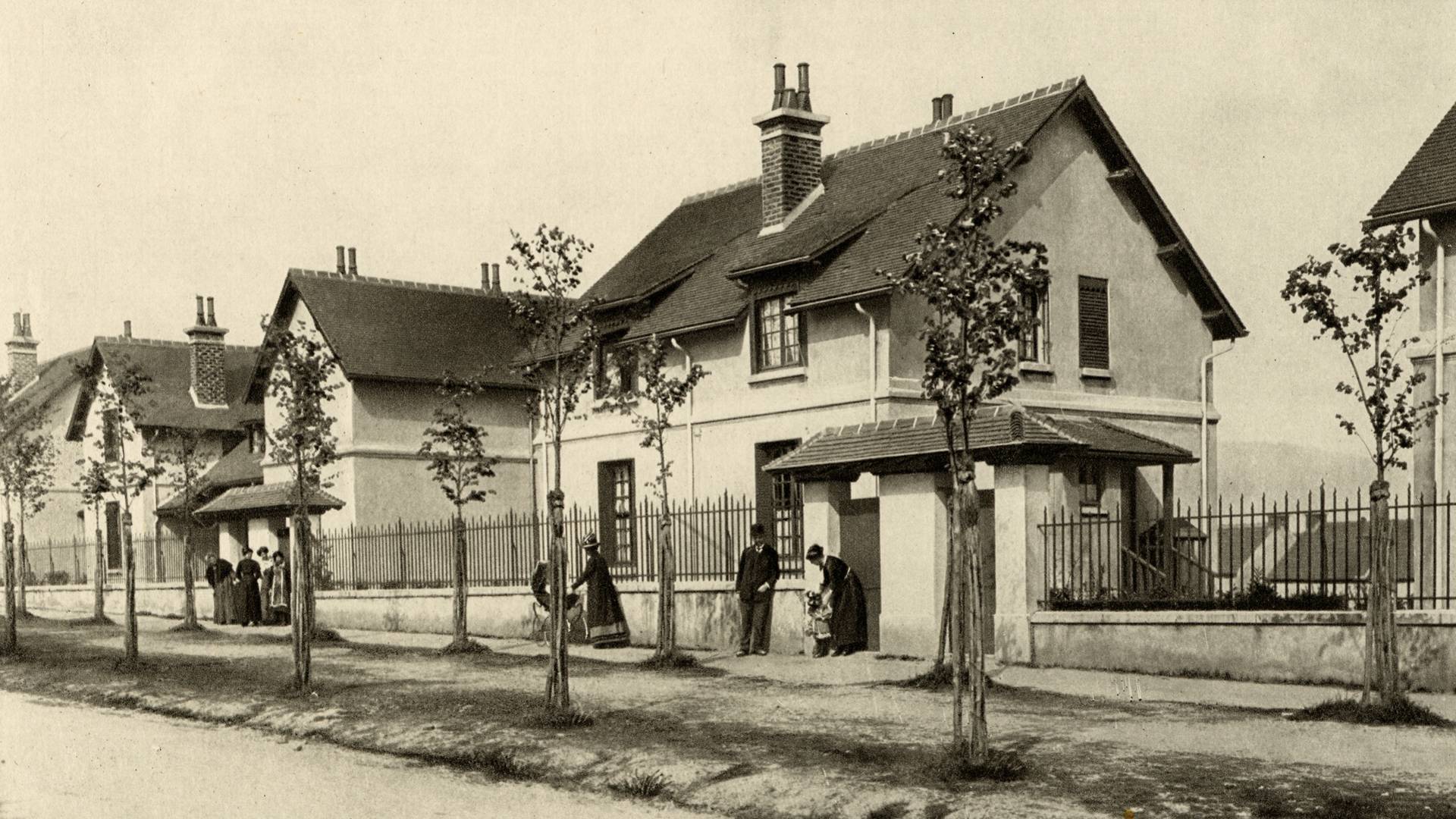 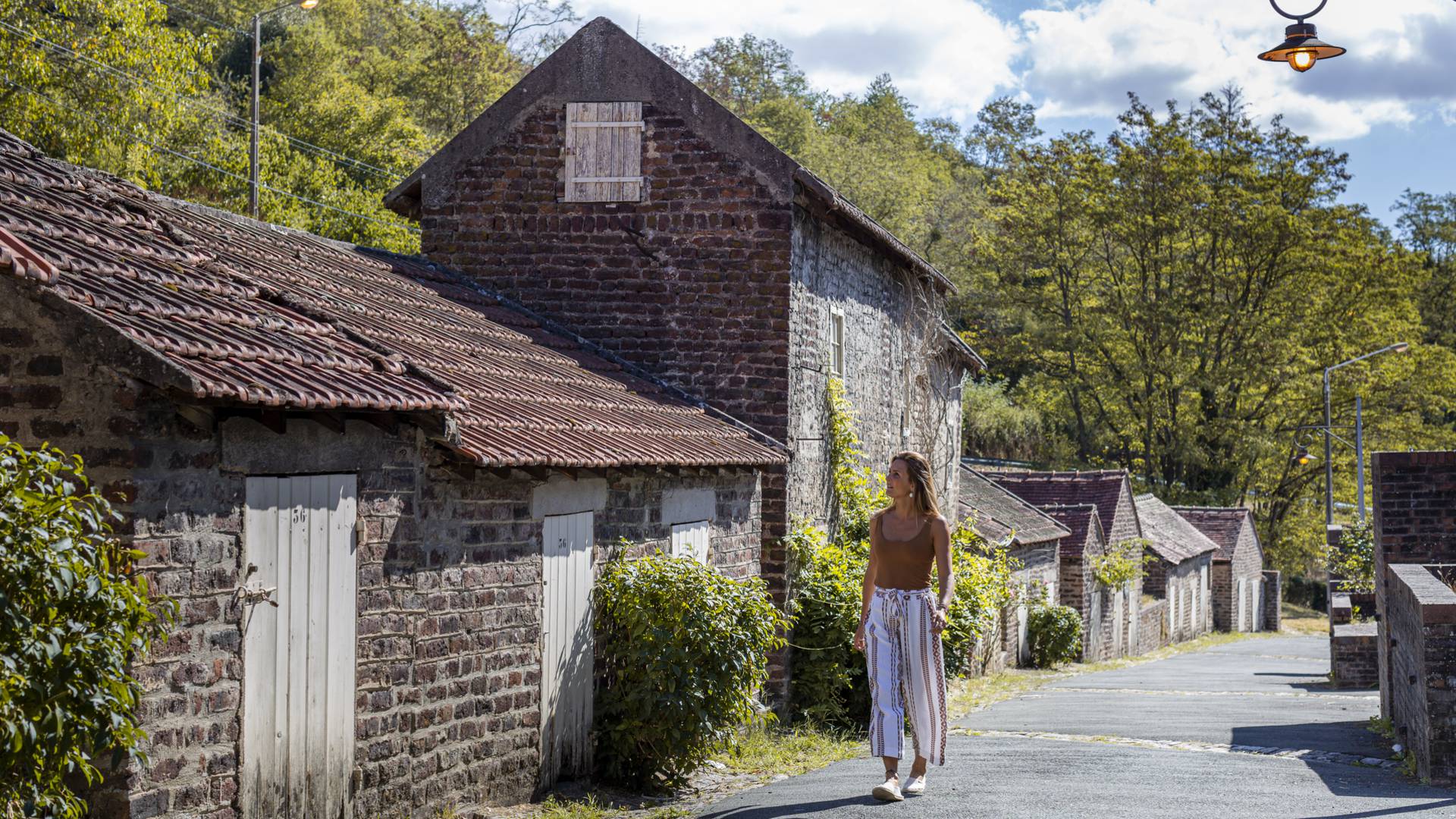 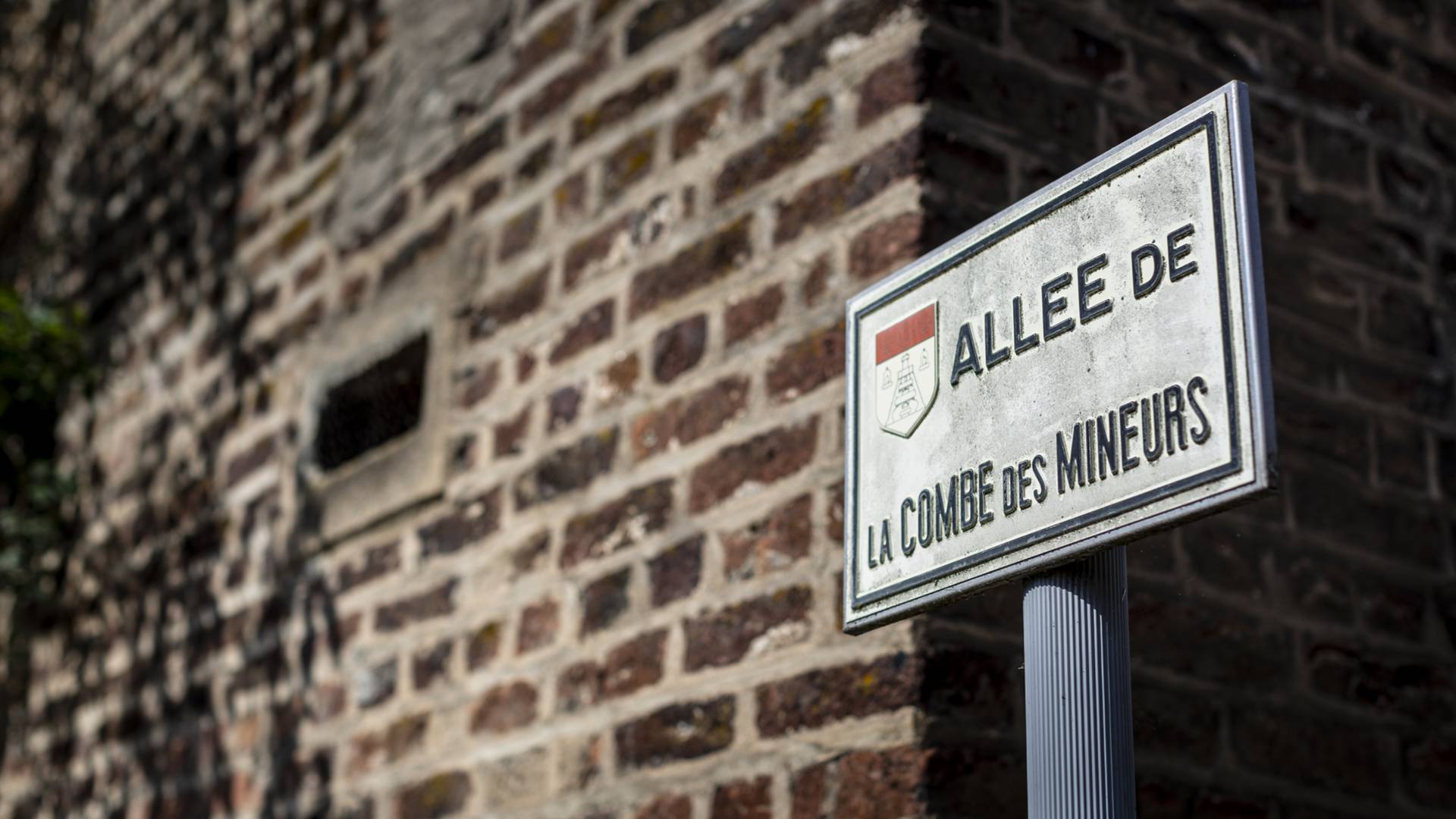 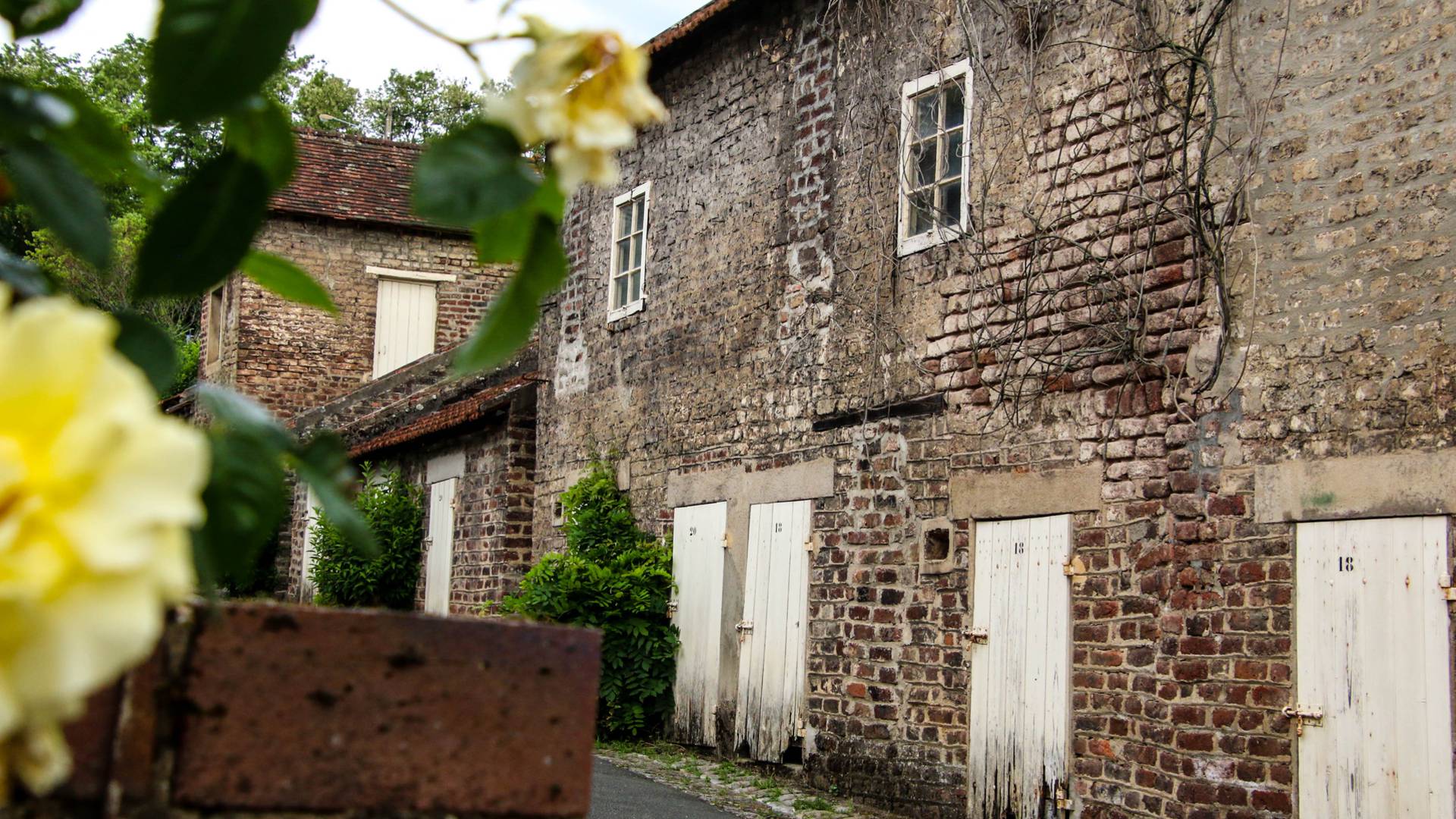 Besides working-class districts, housing was also planned for factory employees and managers. In 1905, the Saint-Sauveur district was built for them, mainly boasting terraced houses with enclosed gardens clustered around streets lined with trees.

At the top of hierarchy, executives and managers were housed in elegant residences centred around a park and recognisable by their slate roofs and beautiful interiors.

After Le Creusot was bombarded in 1942-1943, the two last districts to be added, the “Francoise and Jean Schneider” neighbourhoods features all post-war modern comfort. 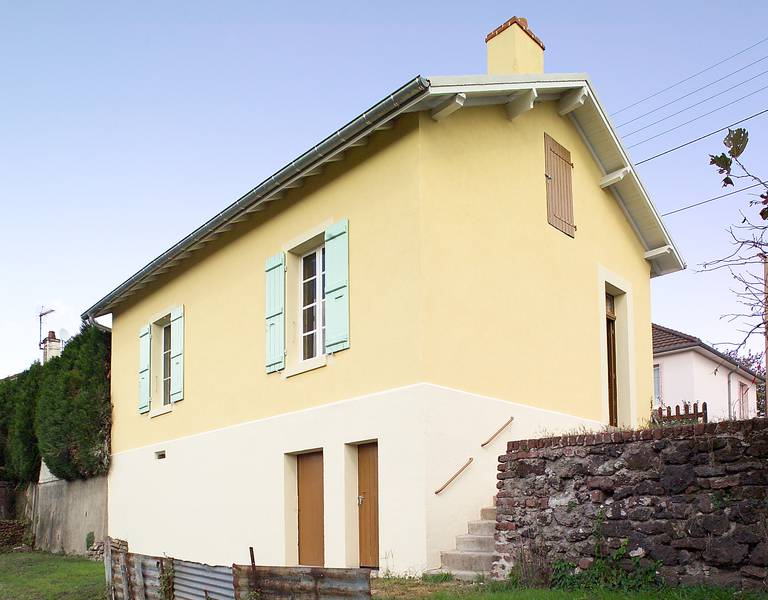 Even if ,with time, their owners altered some of the houses, the workers’ districts of the Creusot retain their original architecture. In the Saint-Eugène district, on rue des Colonie, you can see the preserved and reconstituted house of a working-class family at the beginning of the last century. Nowadays the headquarters of a publishing house of Le Creusot, it hosts regular exhibitions open to the public.

Preapre your visit. Find all information below. 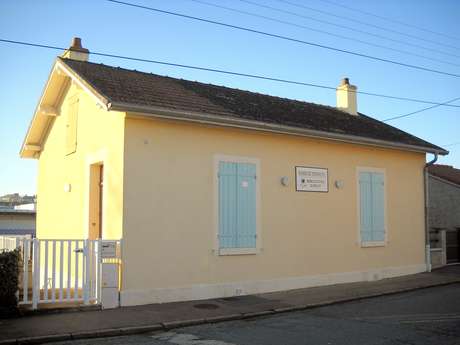 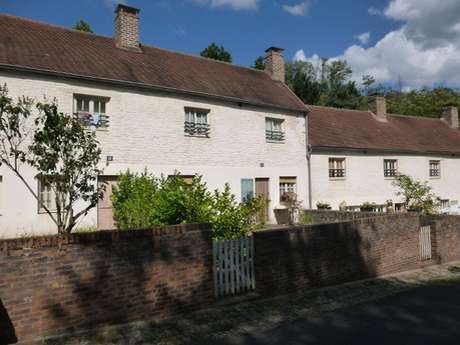