Steam power beast of industrial times, the iconic towering hammer embodies the pride of the factories and of the whole town of Le Creusot.

Massive powered hammers have been used by blacksmiths to forge metal since the Middle Ages. Over the centuries, this machinery had not evolved much until the invention of the steam hammer at the beginning of the industrial revolution.

The collective ingenuity of engineers who advanced the principles of a steam-forging hammer seems to have taken place at the same time in both France and Great-Britain.  Recognition belongs to both James Nasmyth (1808-1890), Scottish inventor, and François Bourdon (1797-1865), engineer and director of the mechanical engineering workshops of the Schneider Establishments in Le Creusot. But if the idea of such a machine was simultaneous, credits go to François Bourdon and Eugène Schneider for the construction in 1840, patenting, and practical employment of the first true steam hammer in 1841.

While working on the design of steamboats, François Bourdon needed to manufacture new classes of heavy machinery to forge large pieces for the first transatlantic steamers. He developed a vertical hammer driven by steam power. The success of this innovative technology gave the Schneider factories a huge advantage over their main competitors and a few models of the steam hammer were sold in France and Europe. 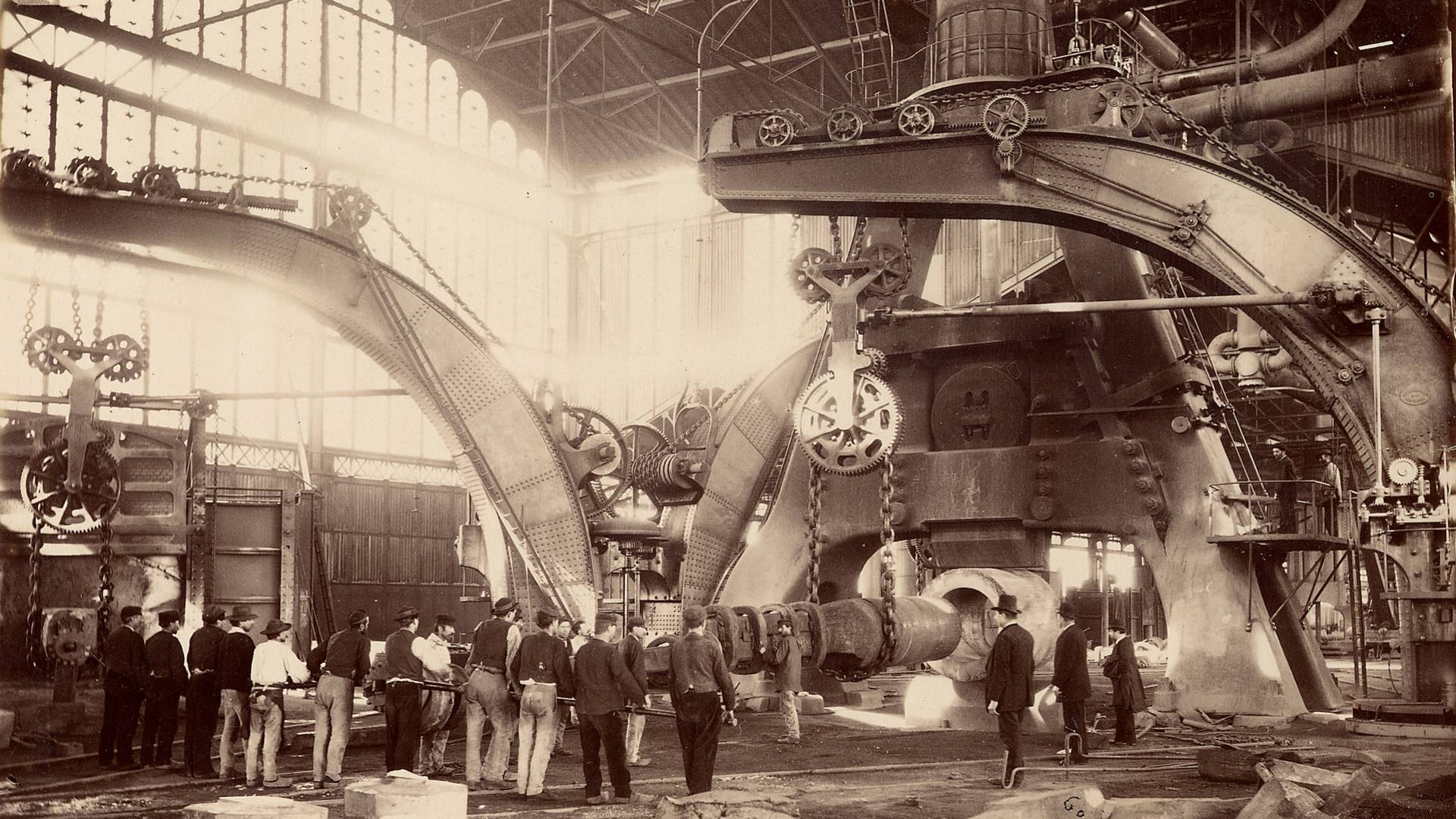 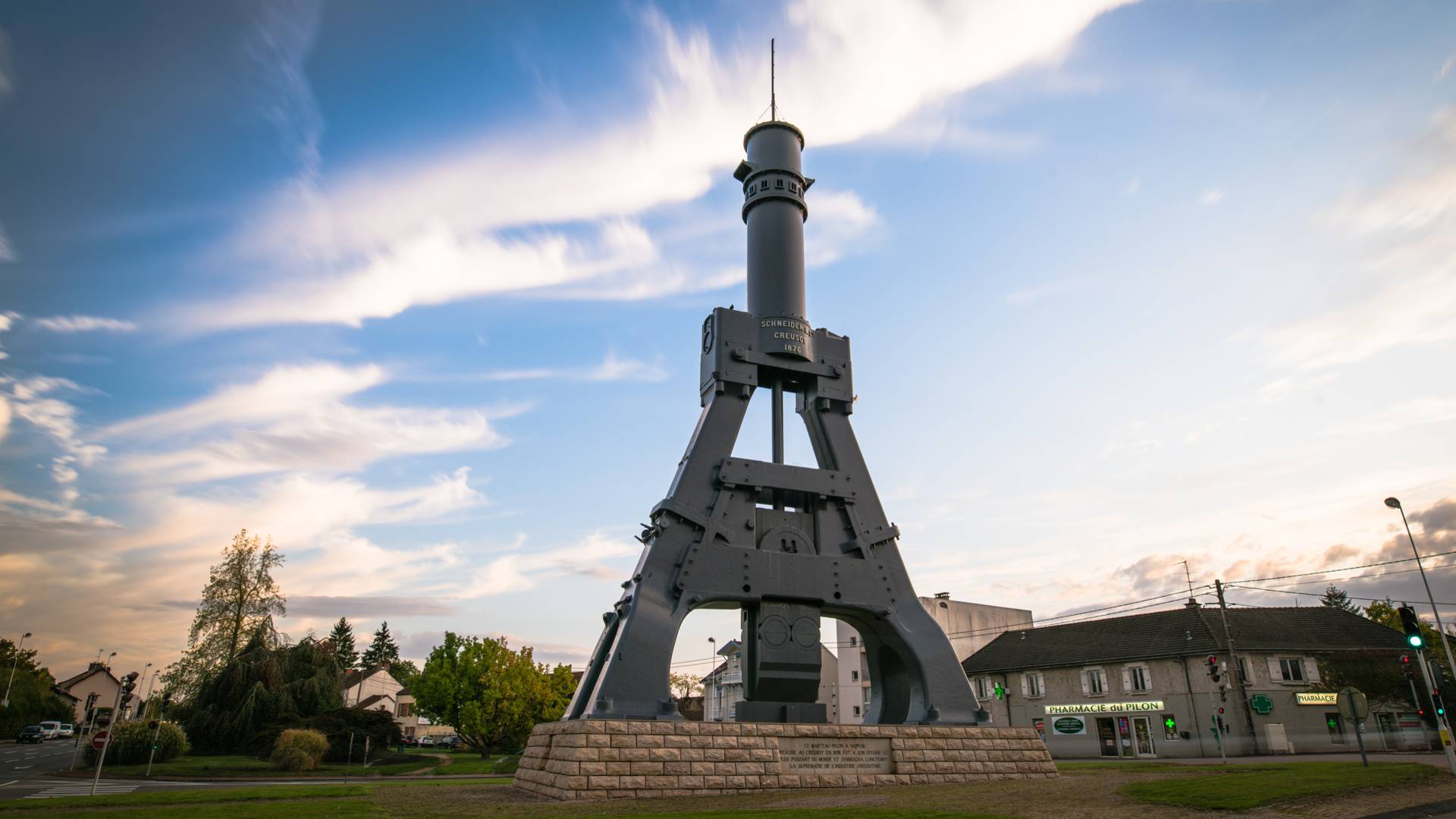 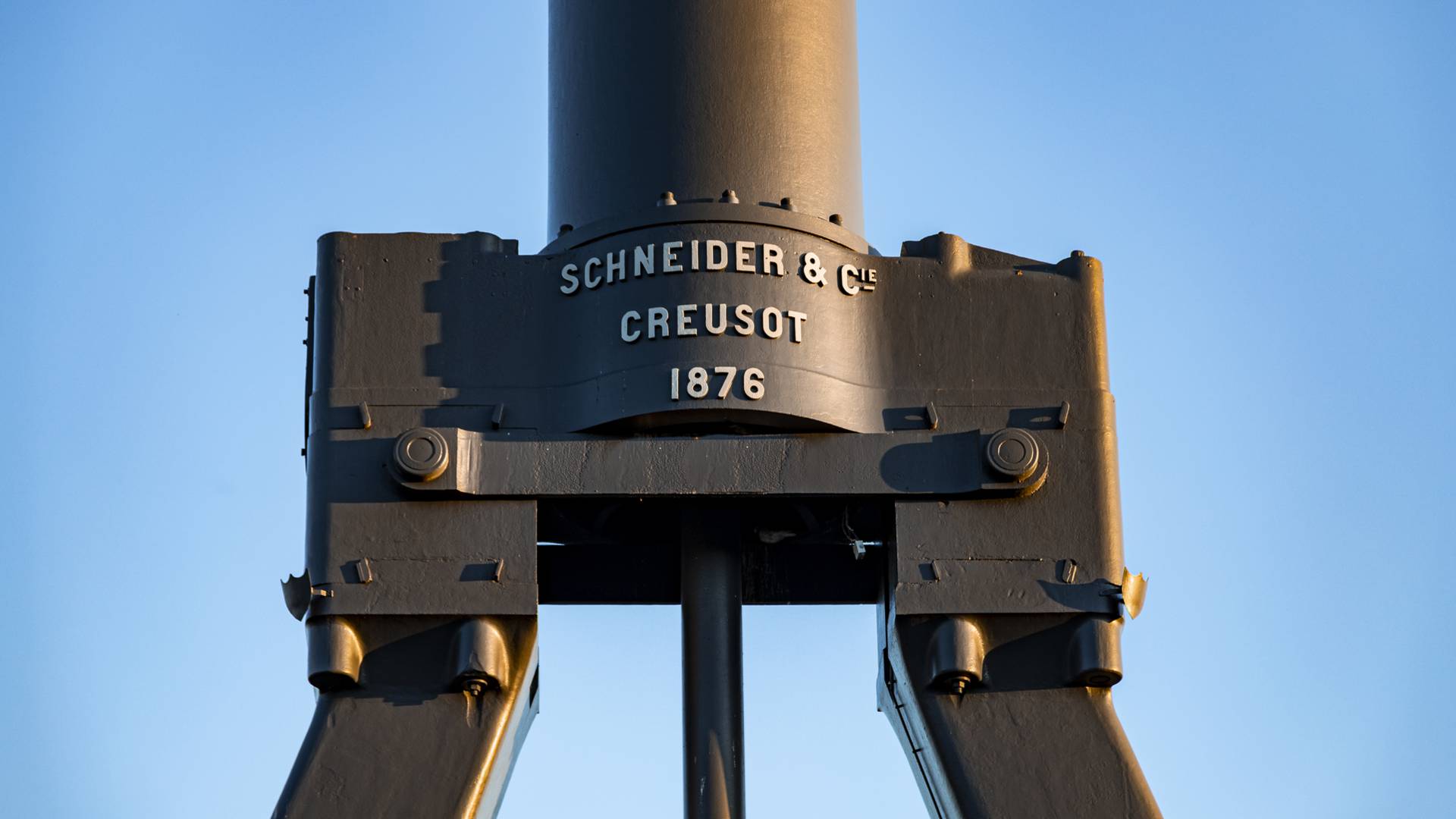 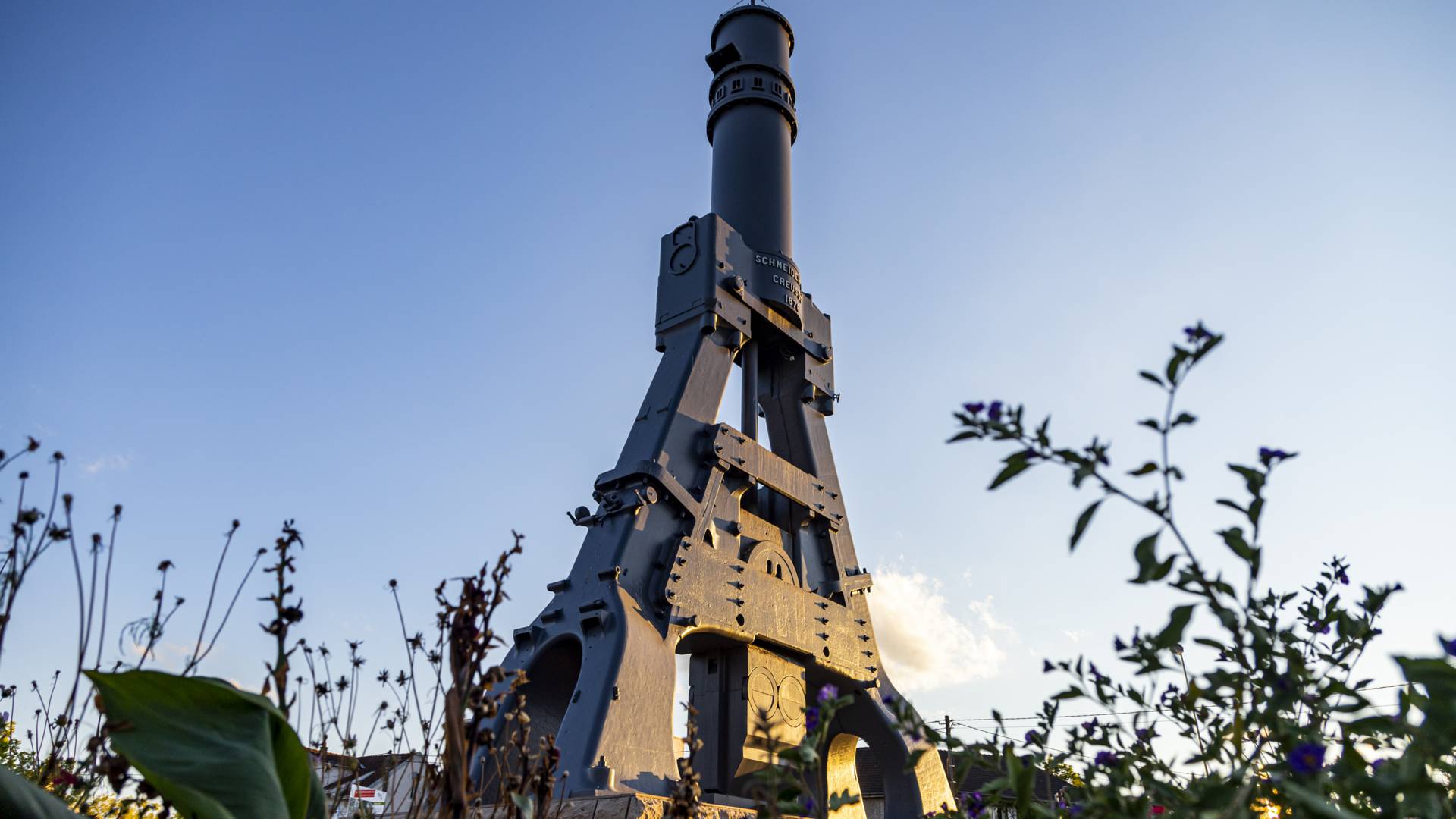 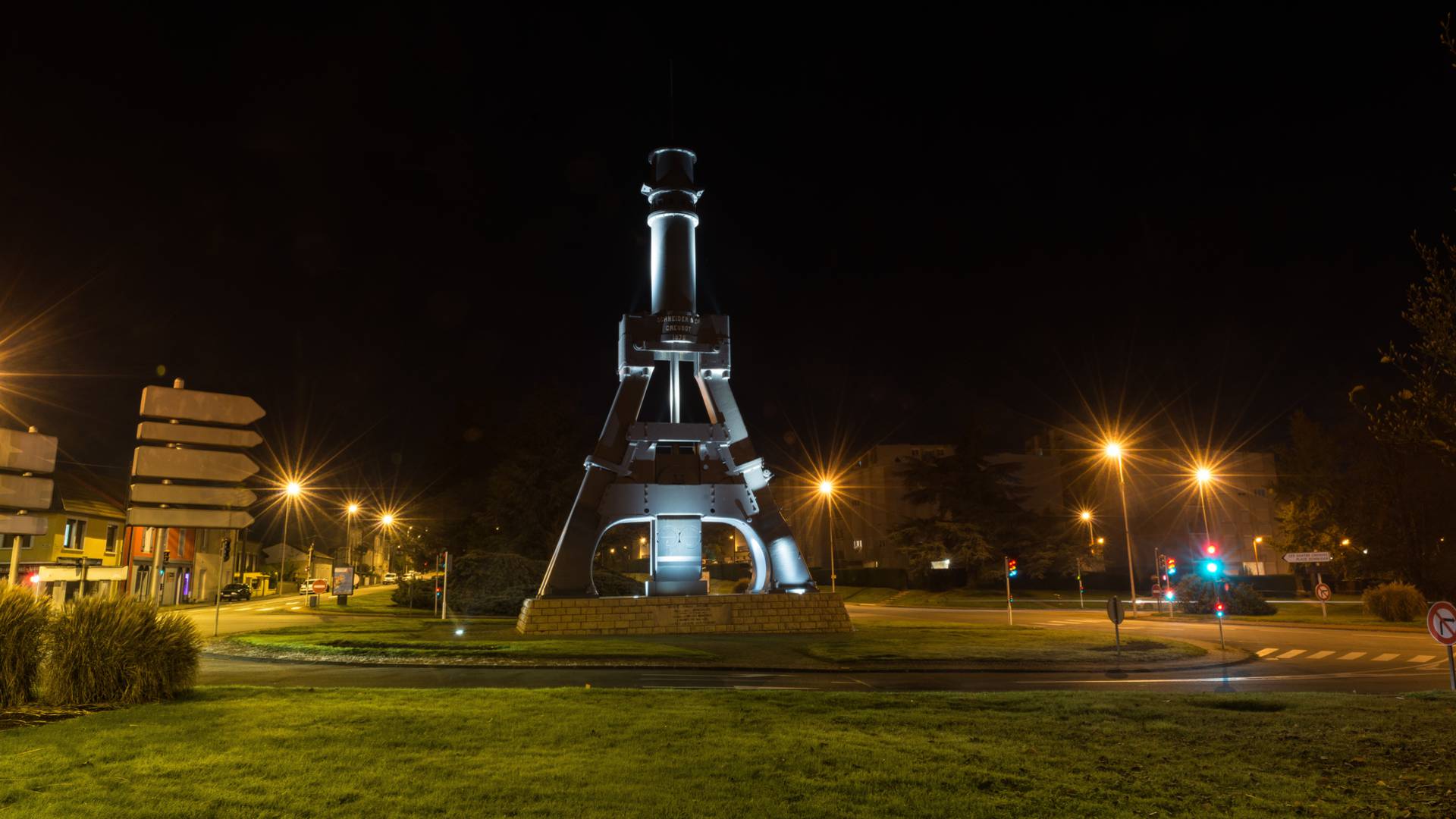 The most powerful hammer in the world

In 1876, Schneider & Co. constructed this great hammer with a formidable striking force of 100 tons. Installed in the Great Forge, it was the most powerful in the world. With massive dimensions and colossal proportions, (21 meters high and 1300 tons total weight), it made it possible to forge monstrous ingots of iron and steel for large parts of machinery. The steam hammer could be heard from miles around when it was operating. Besides its power, it was also a machine of precision. A skilled worker could delicately reseal a glass bottle without breaking it, or crack a walnut shell without crushing it. The steam hammer impressed everyone and became the pride of Le Creusot.

At the beginning of the 20th century, hydraulic presses appeared and the use of the steam hammer declined. It was eventually dismantled in the 1930s.

Today, the giant steam hammer stands majestically at the southern entrance to the city of Le Creusot, on the May 8, 1945 roundabout, as a vivid, iconic reminder of the glorious industry of the past. It has even been acclaimed by The American Society of Mechanical Engineers as "historical heritage of mechanical engineering".

Find all infomation below. 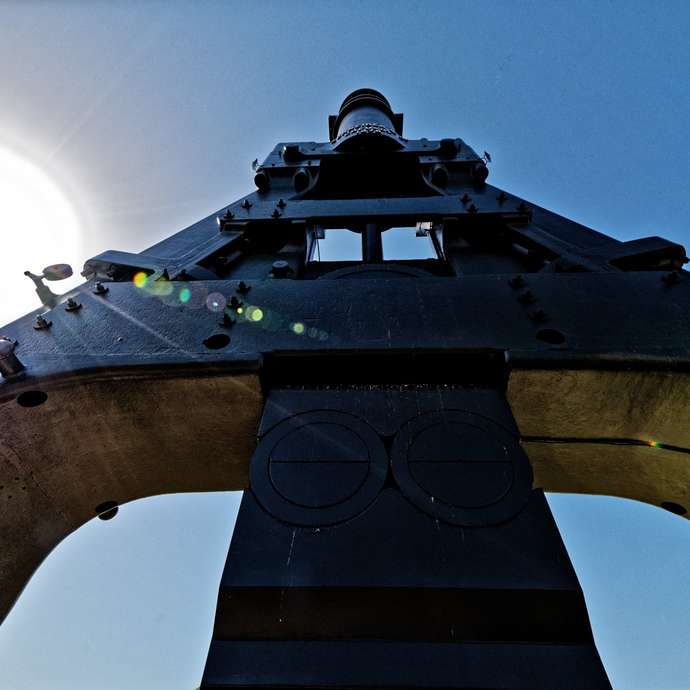