The dramatically and beautifully restored entertainment venue of the Schneider family

Could you imagine a glass cone would be transformed into an elegant theater? 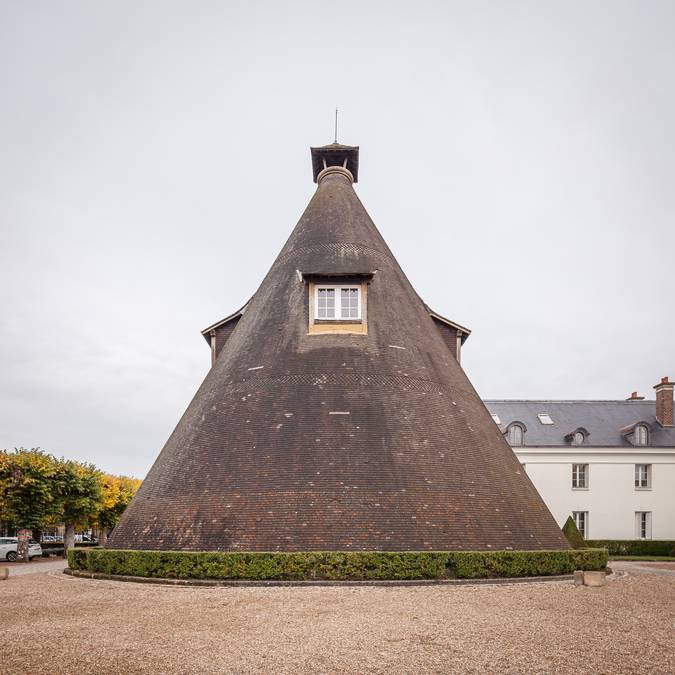 As you enter the site of the Chateau de la Verrerie, you just cannot miss the two conical halls on both sides of the building. Originally the Royal Cristal Factory of Queen Marie Antoinette, they both housed glass melting ovens of the crystal factory.

But when Eugene II Schneider decided to embellish the Chateau de la Verrerie between 1905 and 1910, he commissioned the architect Ernest Sanson to design and transform one of the conical hall into a little theatre. With its particularly lavish interior, the magnificent theatre originally presented live theatrical and musical performances to the Schneider’s prestigious guests, including Kings, Queens, Presidents and Heads of States from around the world, Princes, Sultans, Marshals etc

Now open to the public for visits, the Little Theatre welcomes visitors to the intimate, cosy and mundane world of the Schneider family. 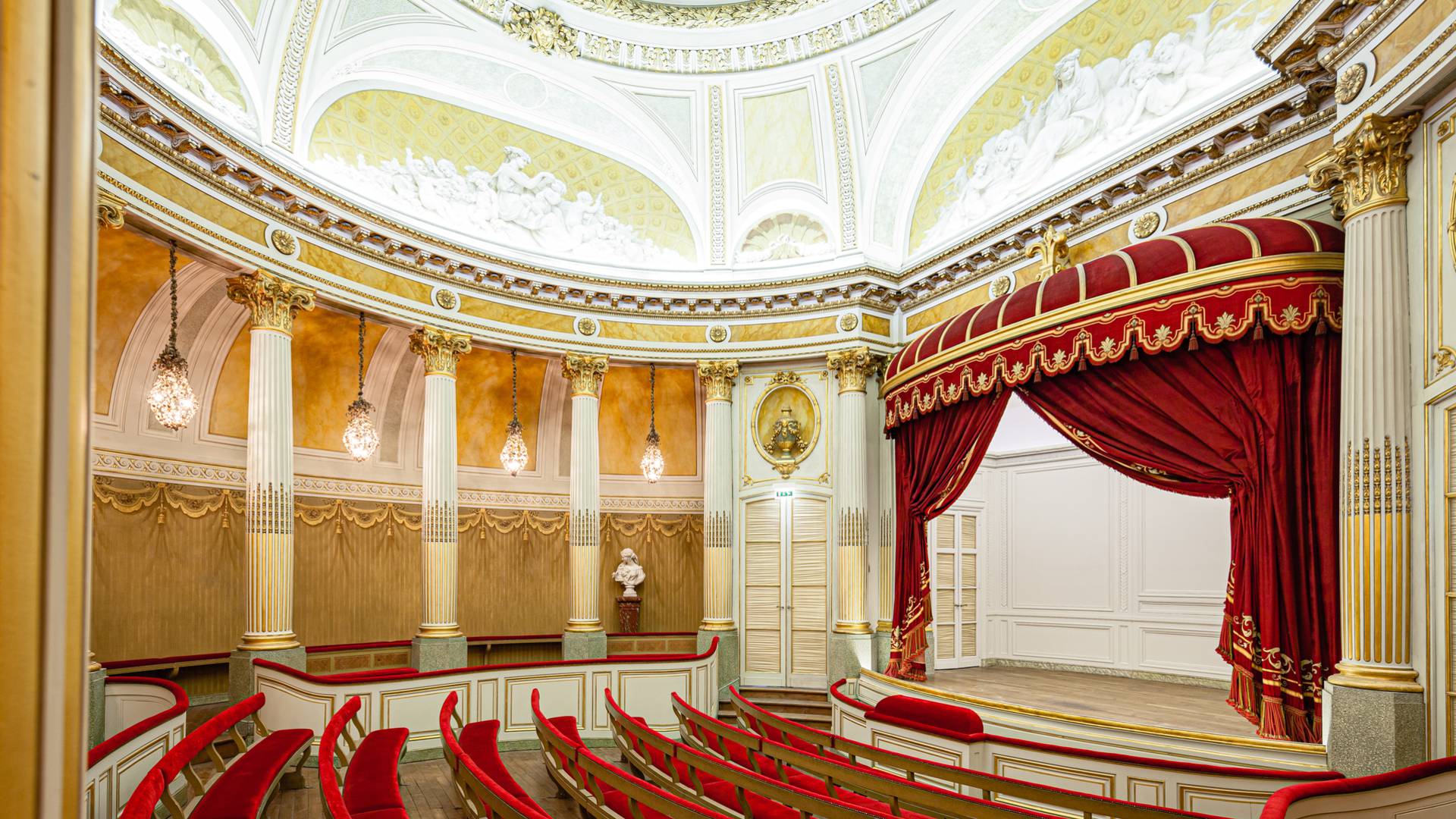 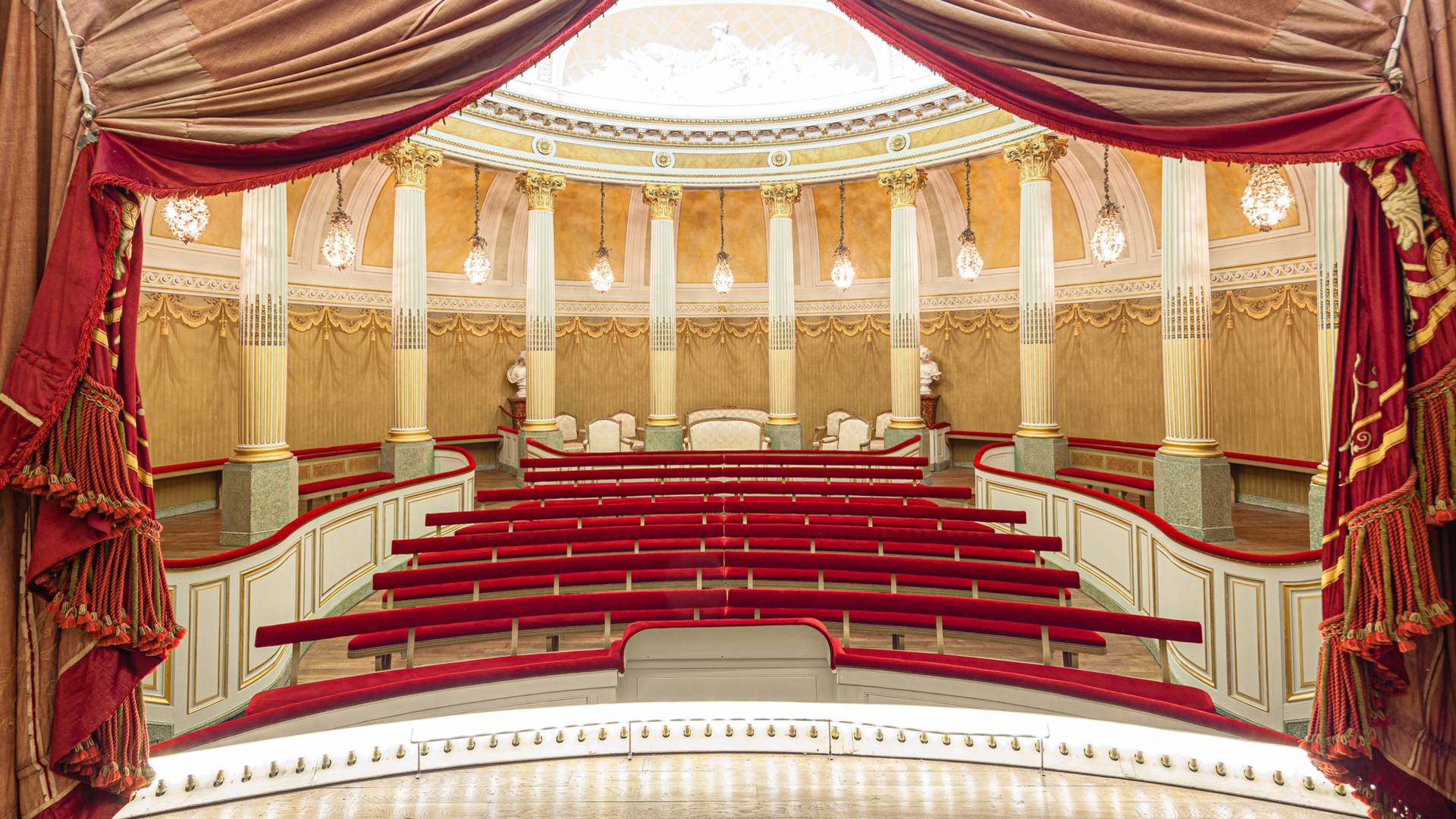 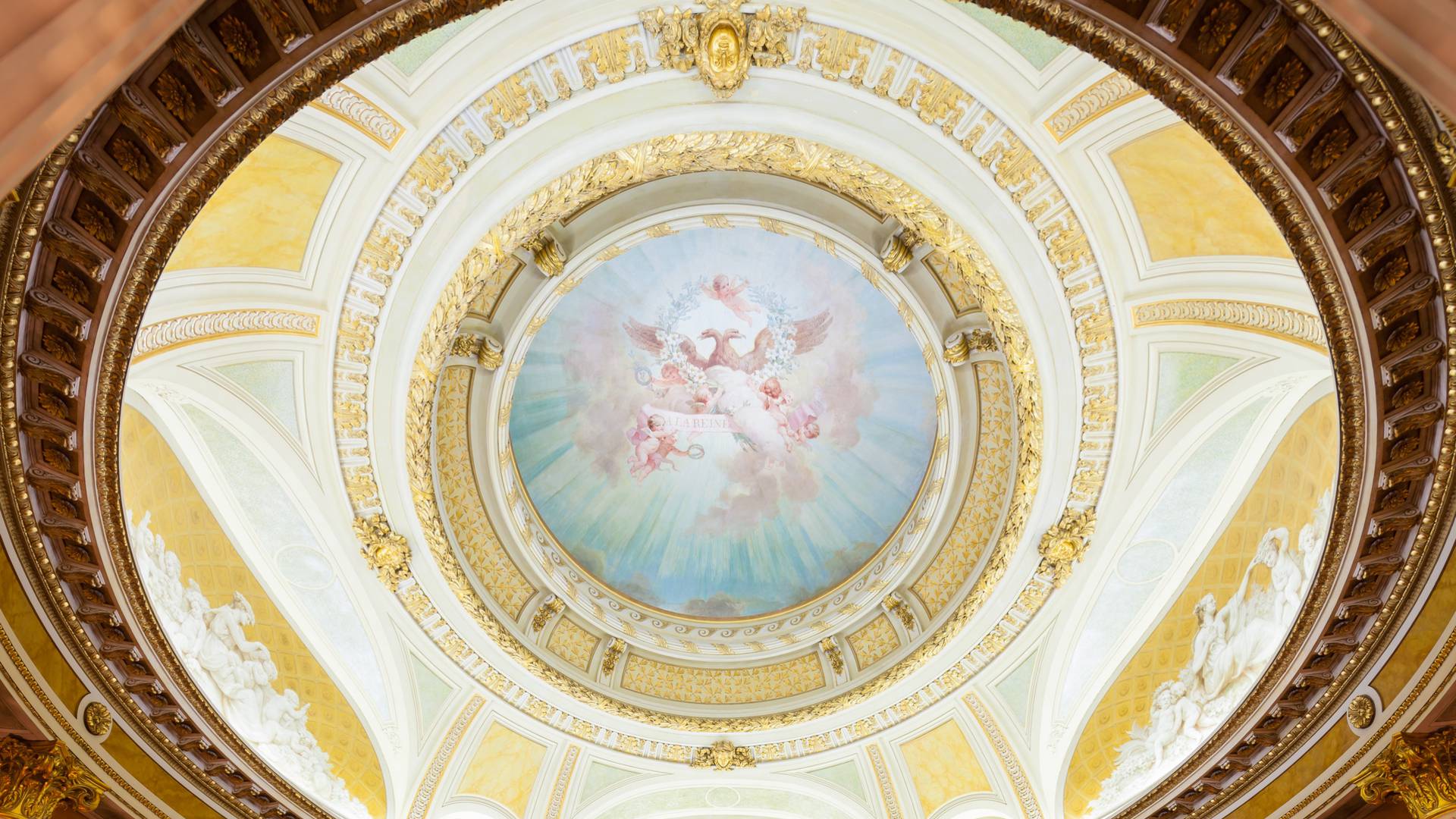 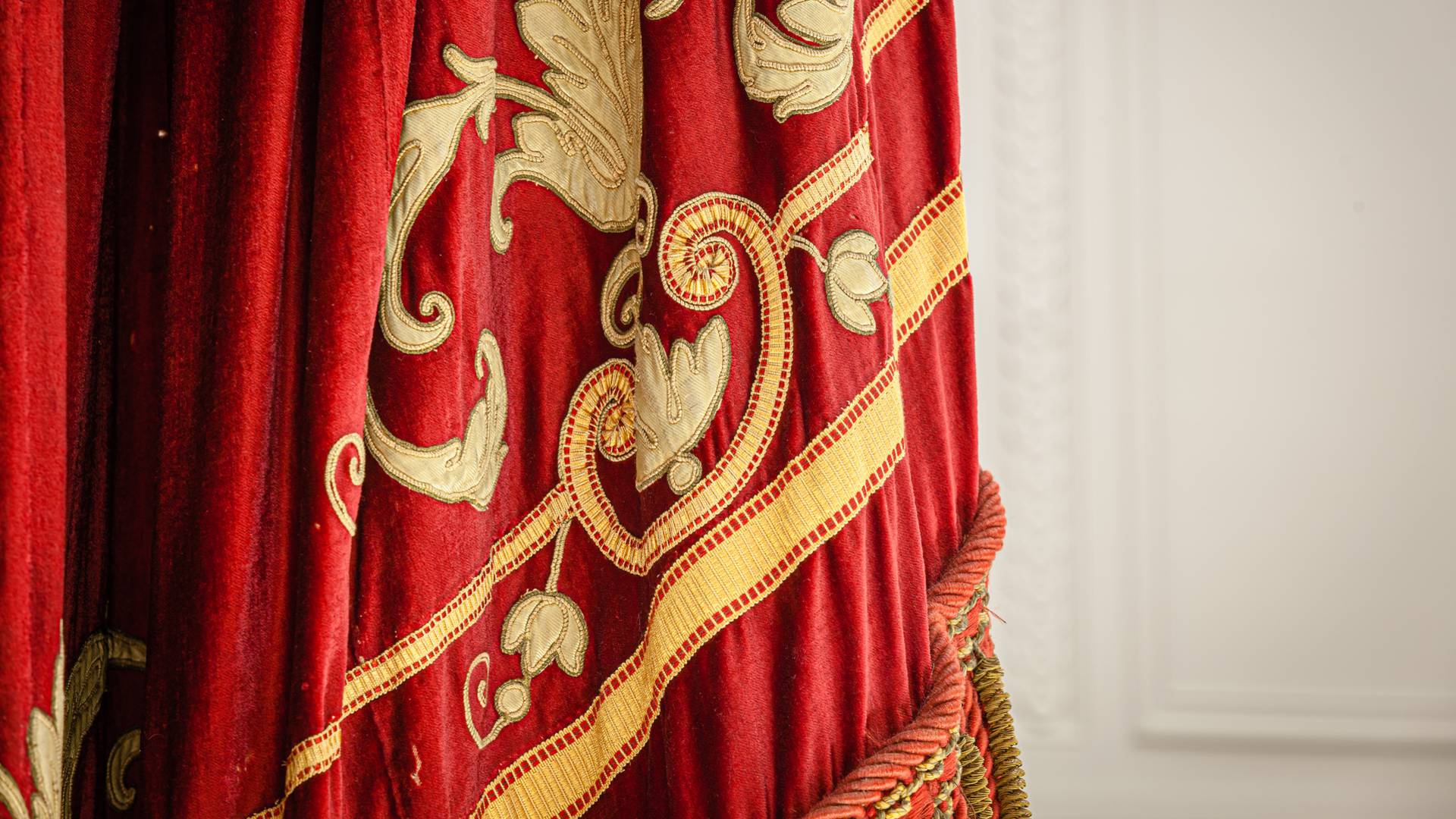 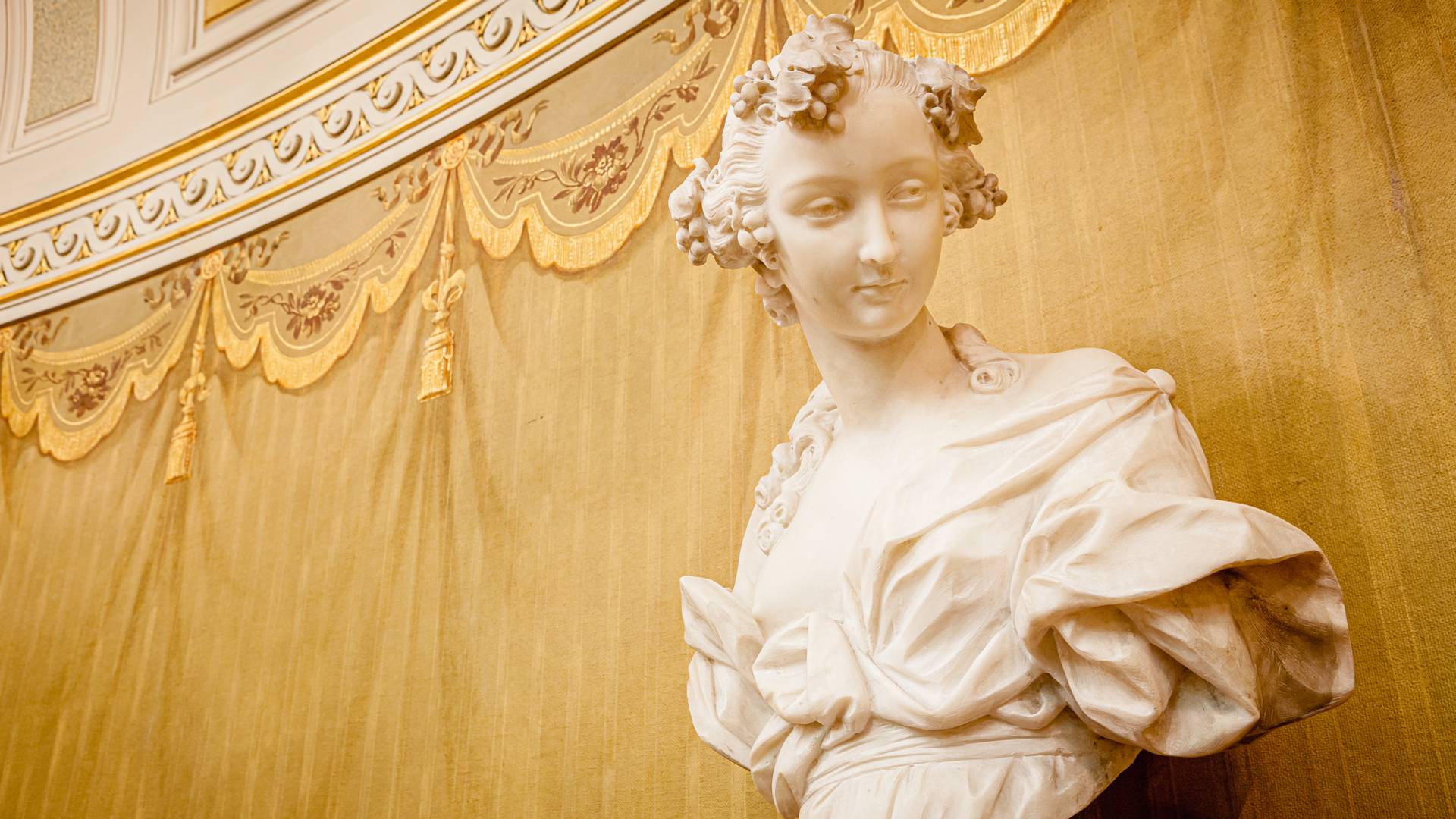 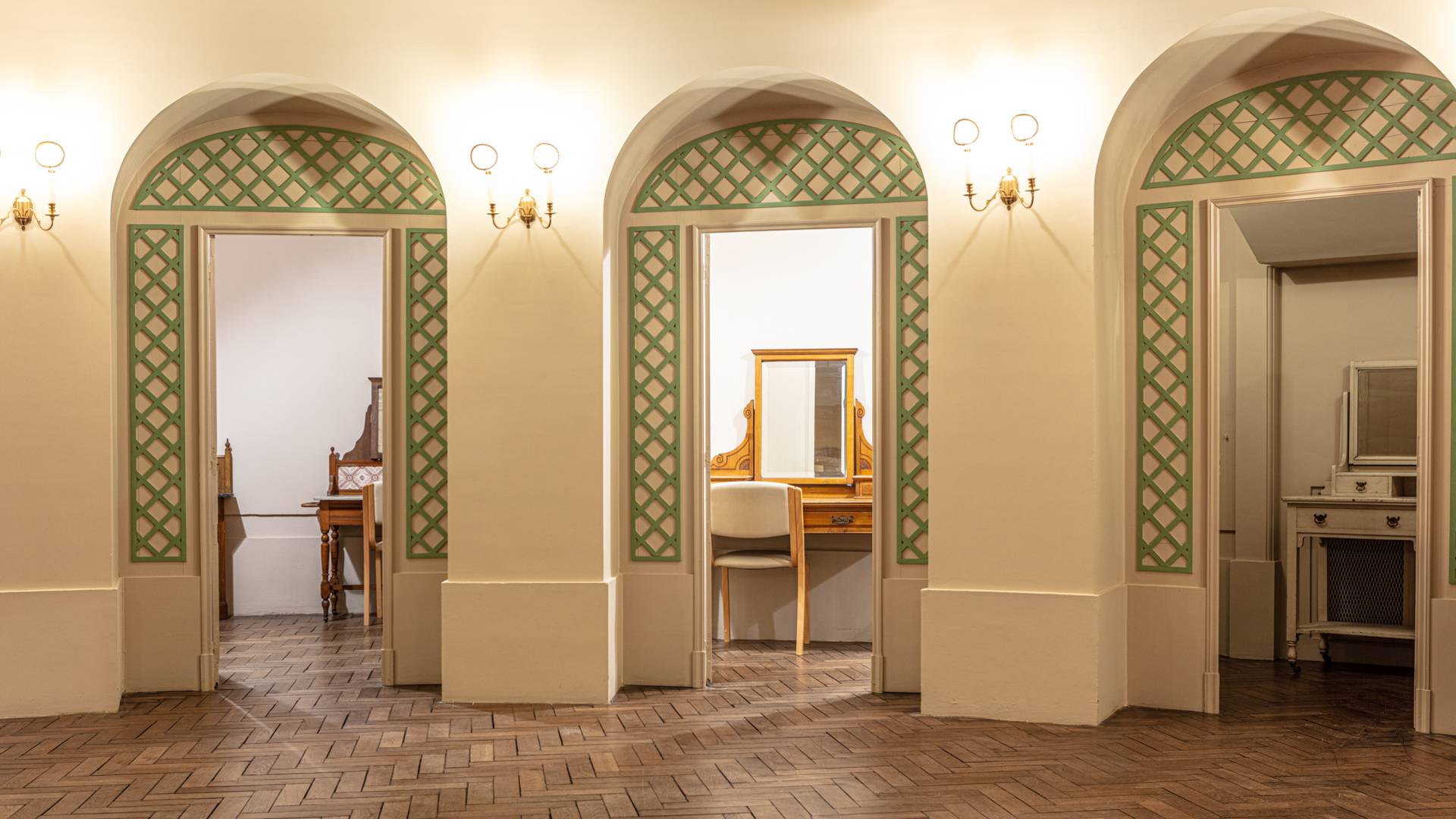 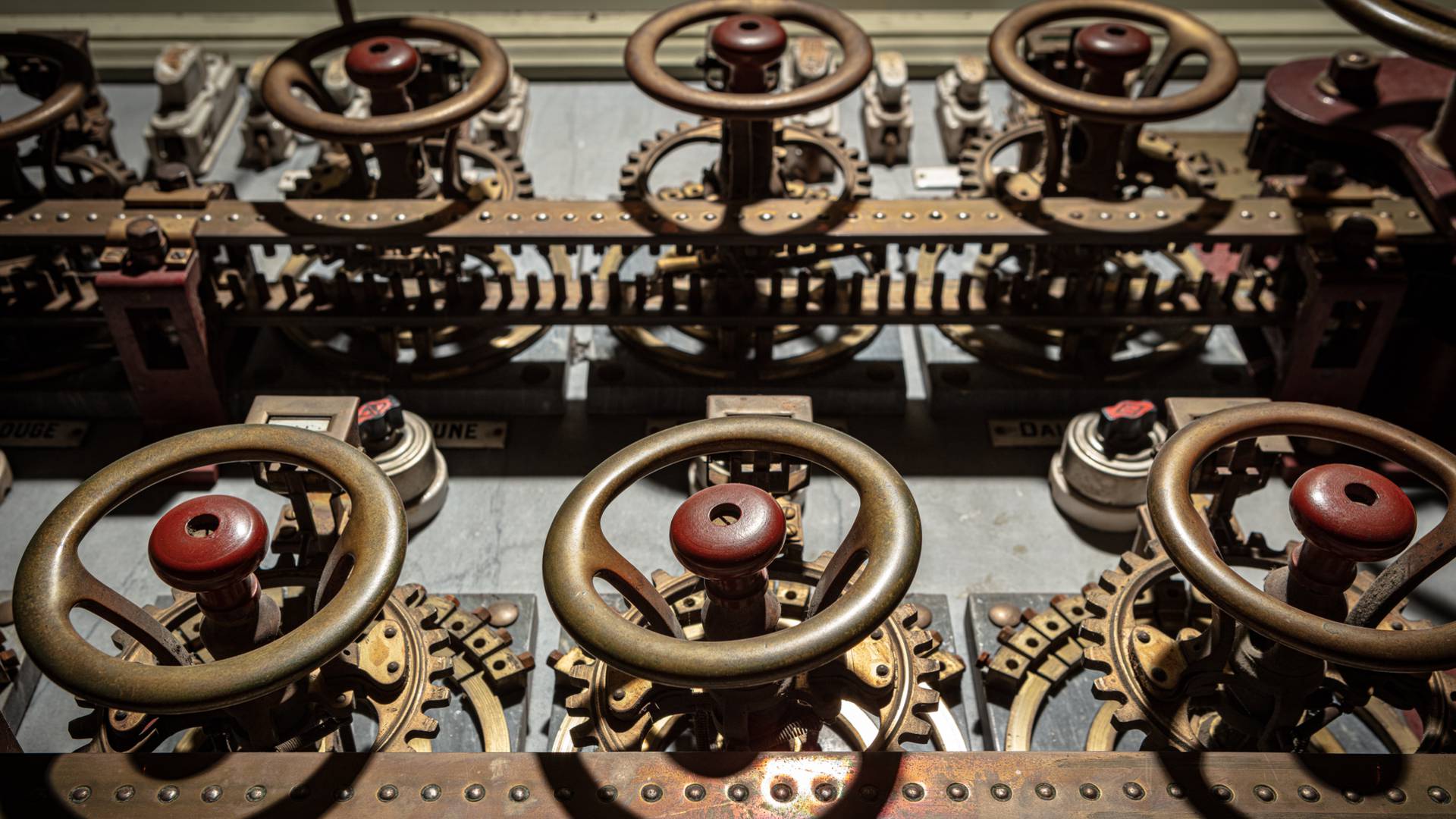 A very special place to experience a majestic and historical atmosphere!

A truly beautiful theatre, dripping in 20th century theatrical culture, this venue is to be marvelled at. As you enter, the auditorium is an unbroken stretch of soft golden touches, overlooked by a splendid high dome painted in a trompe-l'œil effect, representing a two-headed eagle surrounded by cherubs stretching a drapery bearing the inscription "A la Reine" – meaning “to the Queen” - with a misty cloudy sky backdrop. Typical 18th century decor, these paintings are inspired by the Petit Trianon in Versailles, painted by Gabriel in 1774 as a gift to Marie Antoinette from Louis XVI.

Admire the masks of the Greek theatre under the dome and the low relief carvings representing the seasons. The hollow metallic columns covered in wood play a huge role in the unique acoustics of the place.

During your tour, venture backstage and explore the artists' dressing rooms underneath the theatre. Once occupied by the famous actress Sarah Bernhardt, the dressing rooms display original features as well as the operation room behind stage where you can observe the fascinating authentic mechanism of the theatre.

Prepar your visit. Find all information below. 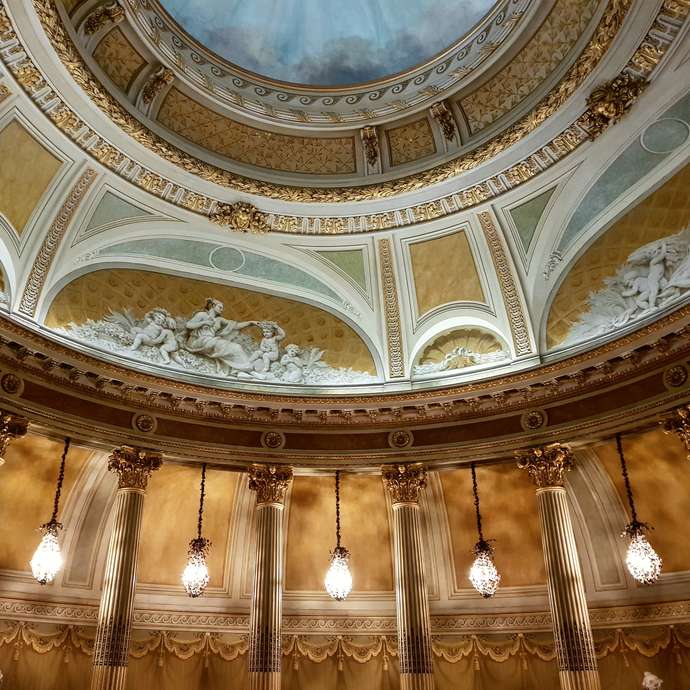