Welcome to the Touristic Railway of les Combes for a unique journey back in time to the golden age of steam in Le Creusot. 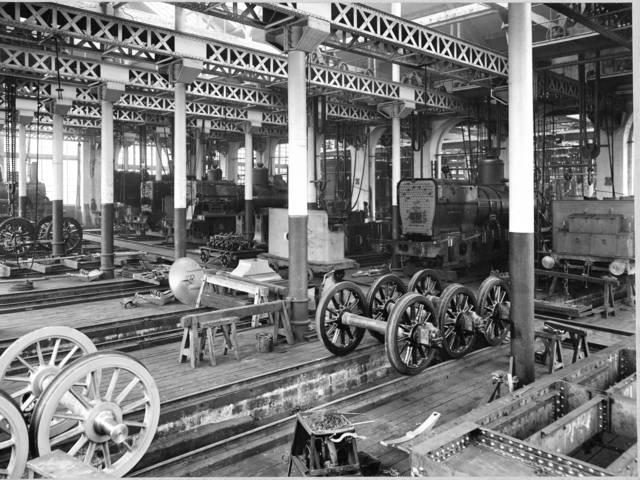 Imagine the distinct sounds and smells of steam powered locomotives… the steam whistling, the smell of burning coal….Step back in time for a fascinating discovery of le Creusot’s very own celebrity : the authentic 241 P 17 Steam Locomotive, built in the 1950’s and now listed as historical heritage.

A journey back to the steam era

Invented in Britain in 1804, the story of the steam locomotive is one of innovation and ingenuity that shaped railway history. The locomotives developed rapidly in 20 years to convey minerals, coal, iron and steel products, textiles and passengers. In France, the first railway track opened in 1827 between Saint-Etienne and Andrézieux. Everything went very fast and only a few years later, this world-changing transport revolution enabled French manufacturers to transport coal, iron and steel products,textiles and passengers to travel across the country and beyond.

The Schneider family, iron and steel masters of Le Creusot turned towards these promising innovations on an industrial scale. In February 1838, the Paris-Versailles railway company ordered six locomotives. In 1865, the Great Eastern Railway Company of England ordered 15 locomotives. Between 1855 and 1865, 700 locomotives came out of Le Creusot’s workshops, half of which produced to be exported to other countries. In 1870, 440 locomotives were produced. The steam locomotive became a specialty of Le Creusot, centre of revolutionary engineering ideas, a unique know-how and world-acclaimed quality.

Manufactured by the Schneider establishments in 1949, the 241 P 17 steam locomotive was dedicated to high-speed traction, with a commercial speed of 120km / h. Pioneer of steam traction, it is remembered by locals with nostalgia and holds a special place in the hearts of old trains enthusiasts. It is the only steam locomotive of this type and power (4000 horsepower) still in use and circulation in Europe since the decline of this series in the late 1960s. The 241 P17 holds a mileage record having travelled 1,741,865 km. 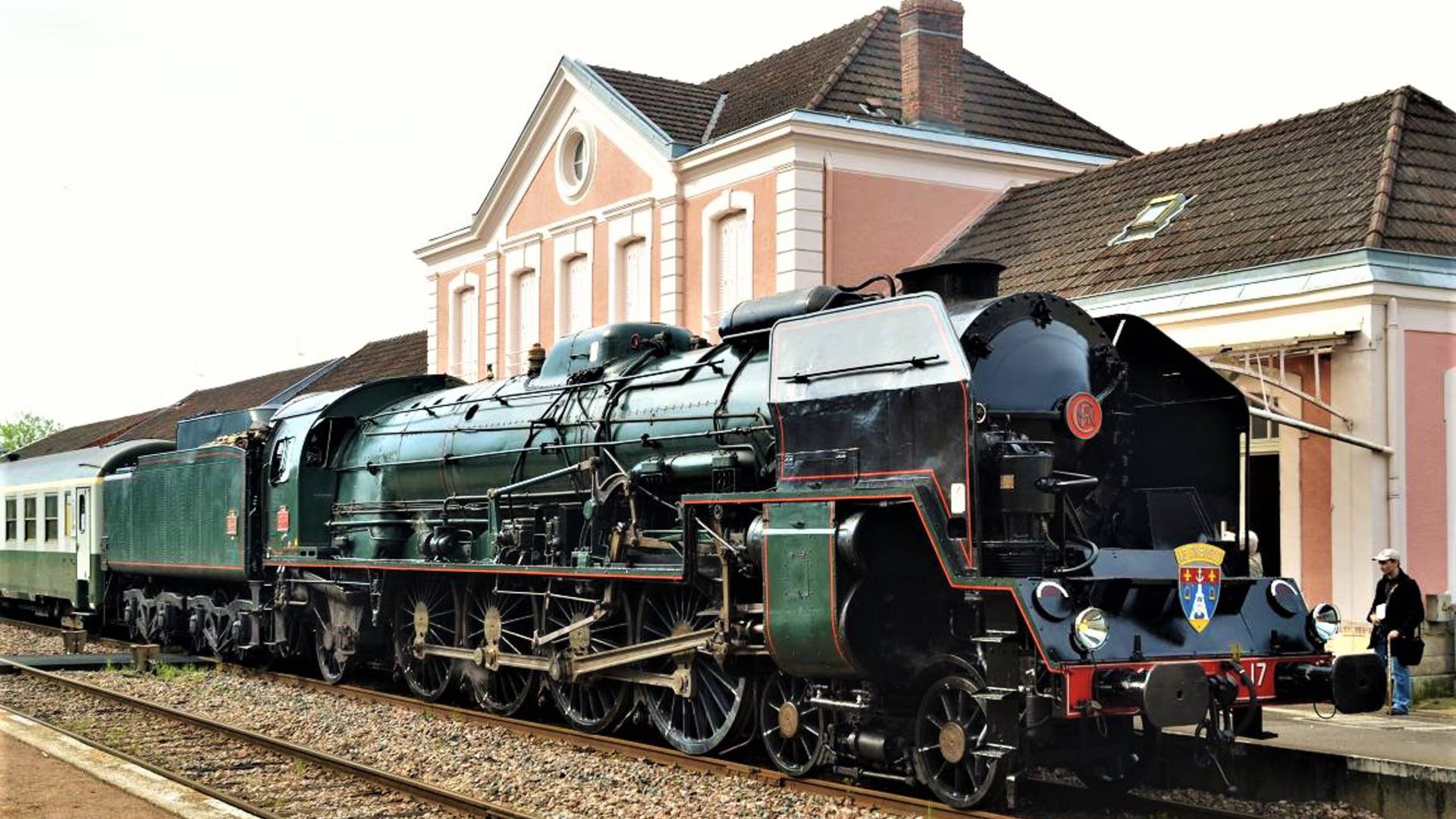 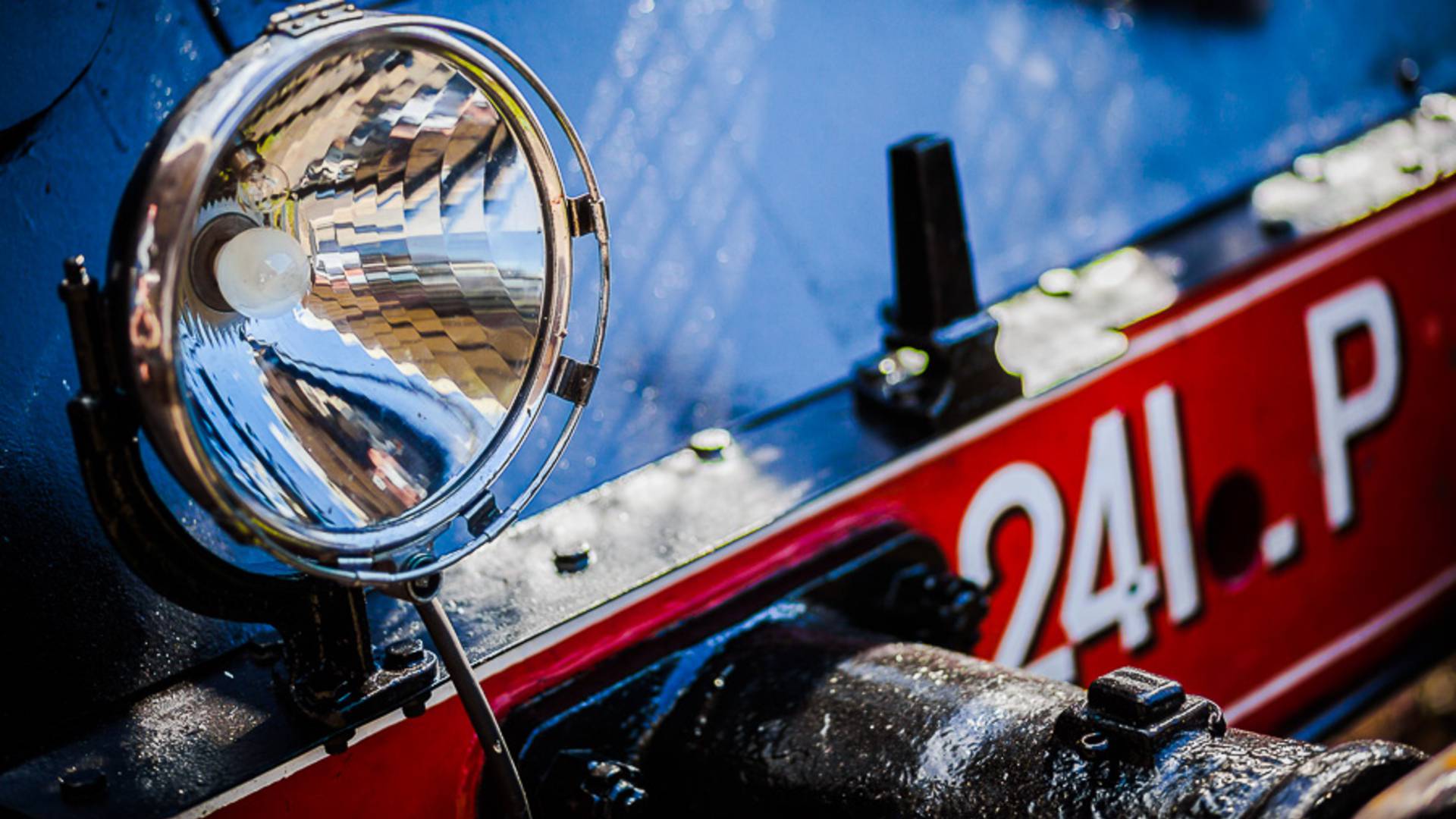 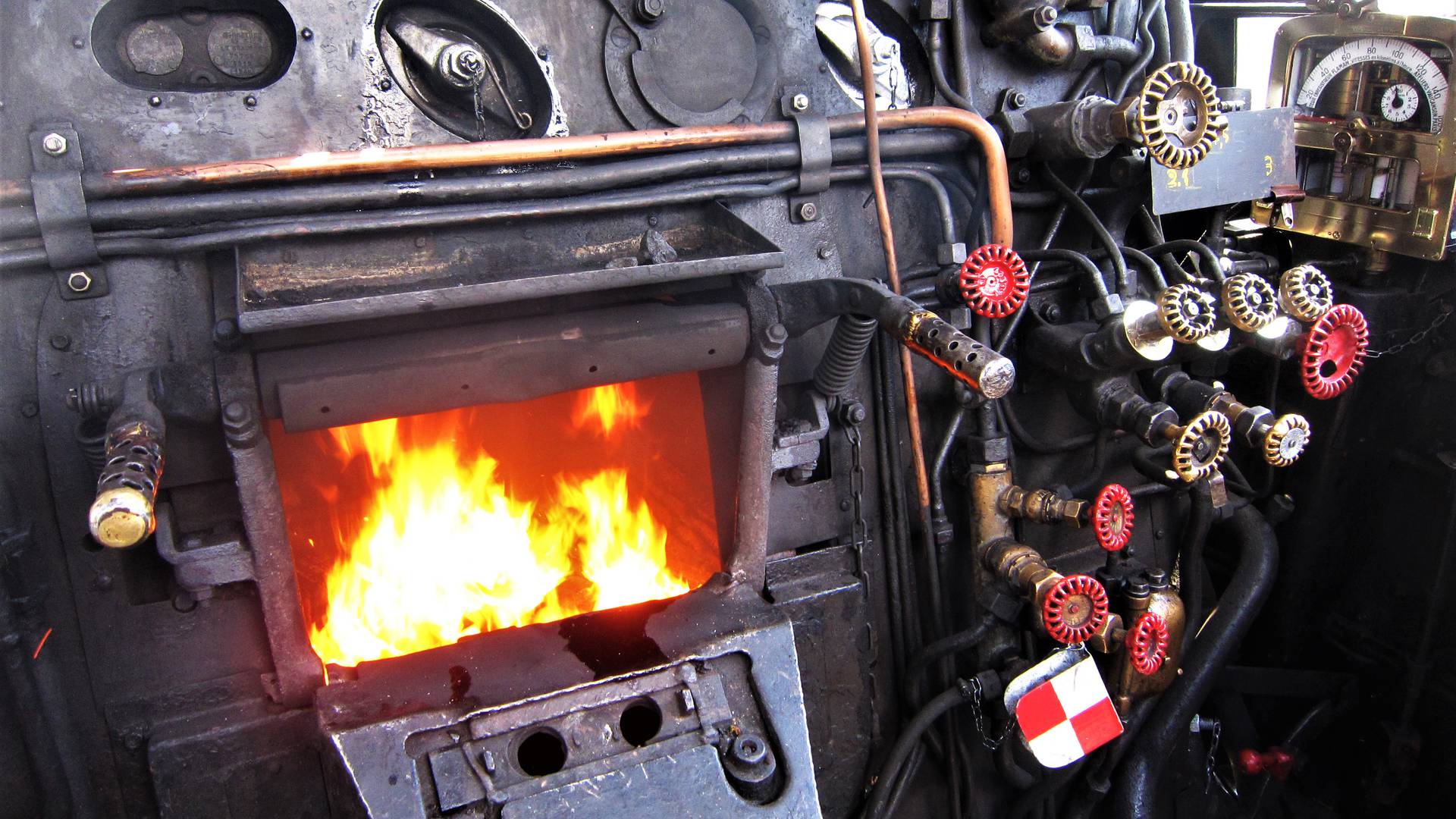 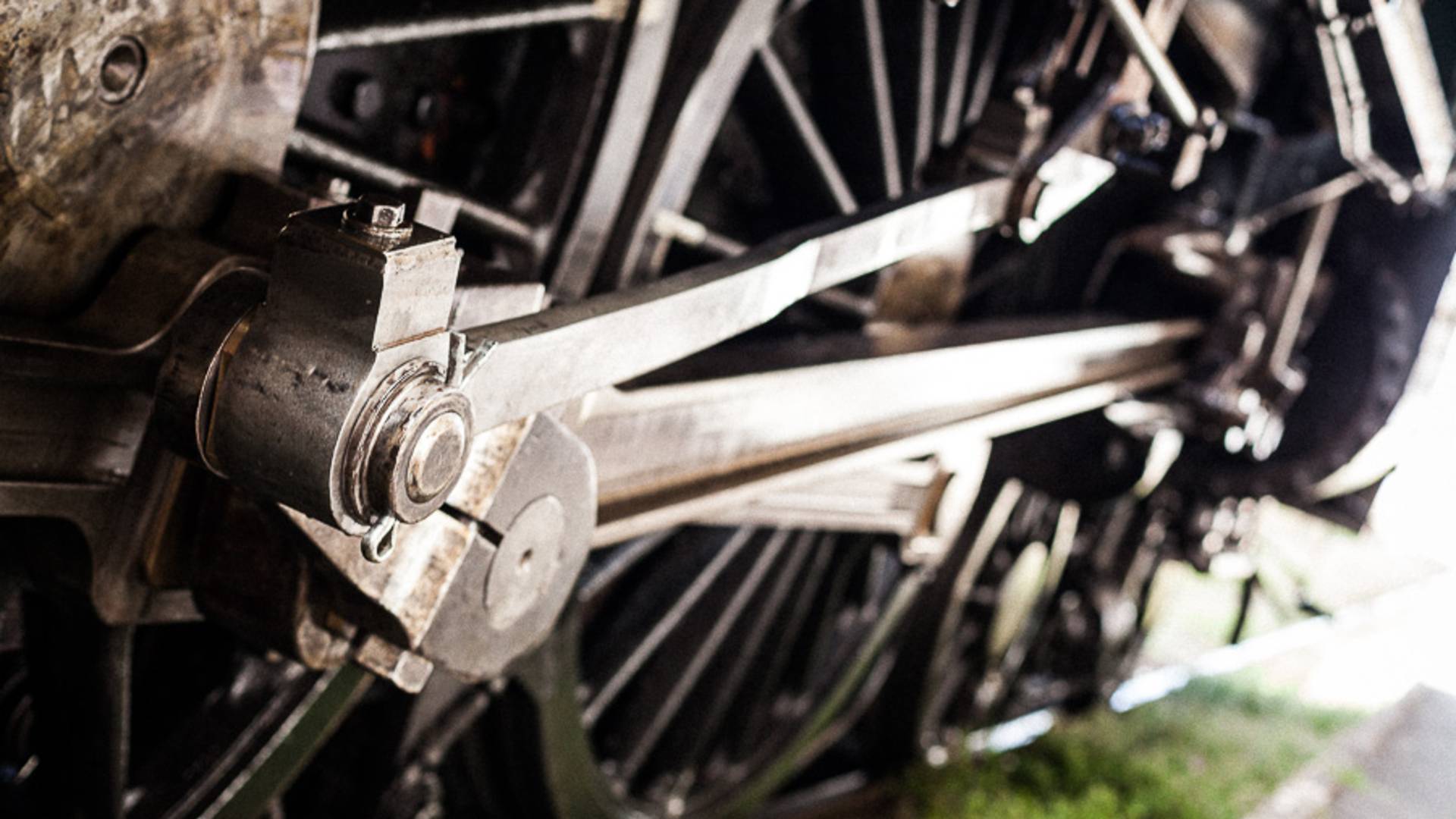 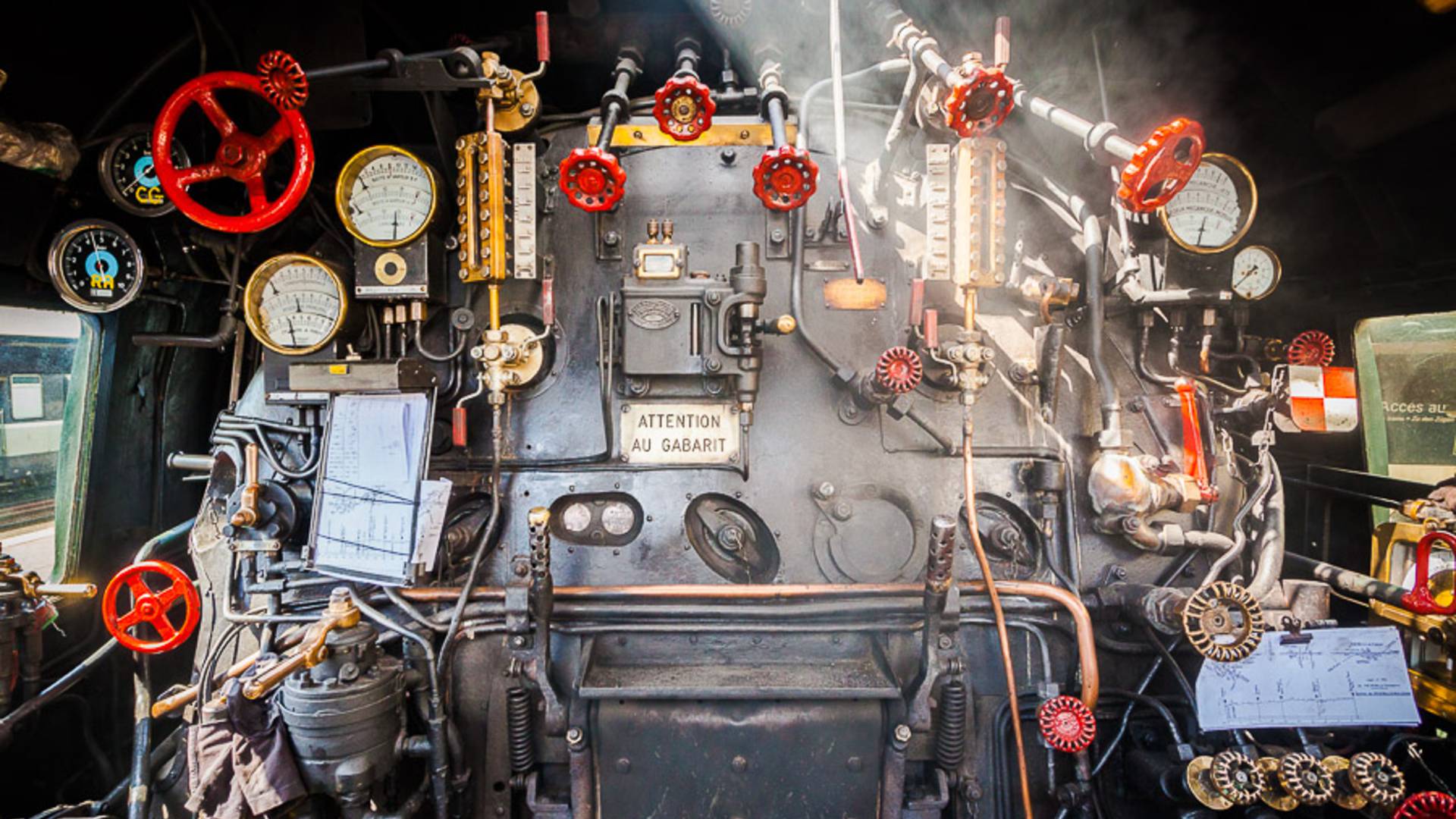 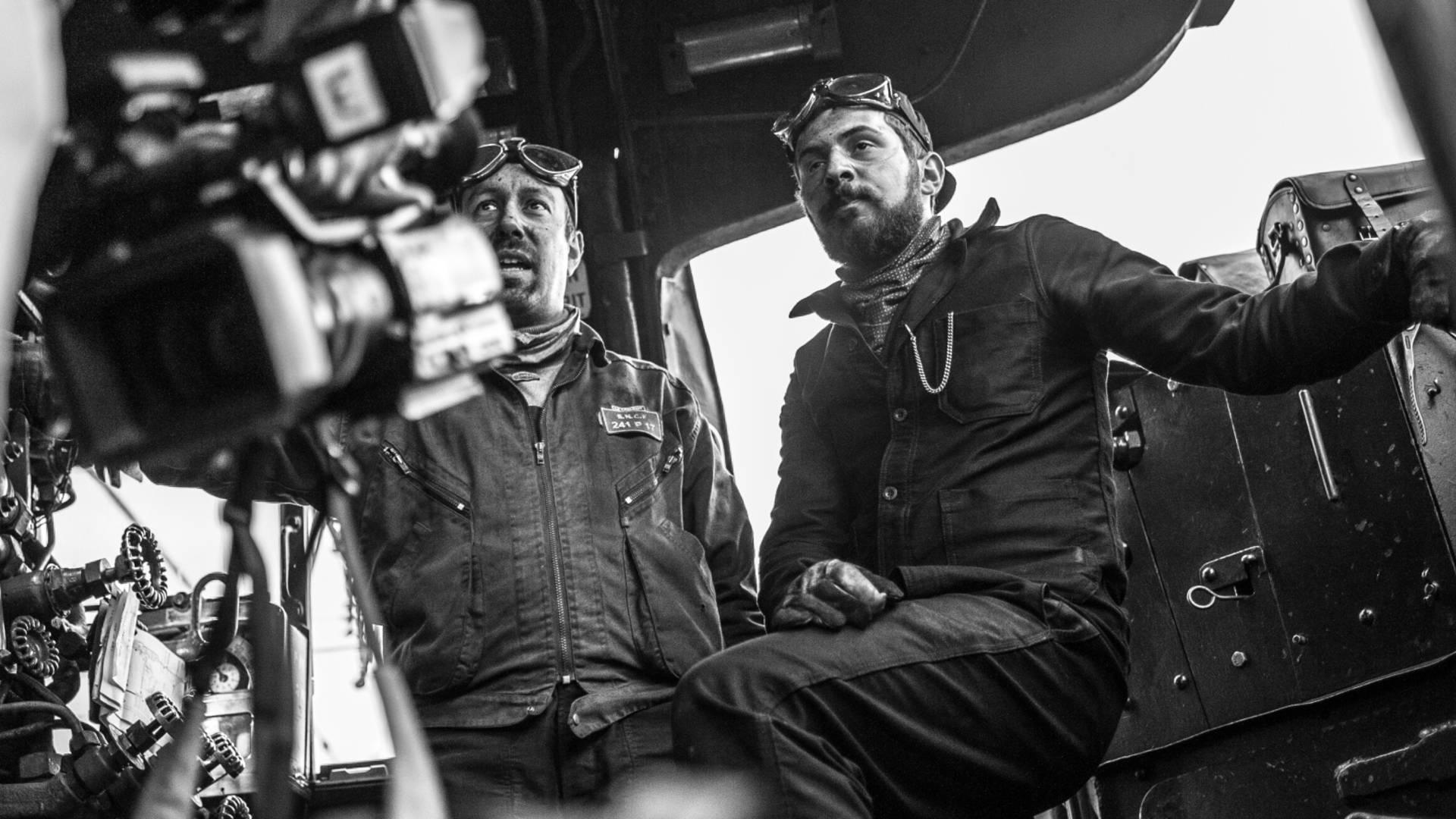 The story of the greatest French steam locomotive

Launched on May 10, 1950 at the Lyon-Mouche depot, transferred to Marseille-Blancarde in 1958 and then to Le Mans in 1959, it operated the last commercial service of 241-P locomotives in 1969. After being exhibited in 1969 at a railway equipment exhibition, it was finally sent back to Le Creusot in 1971 to the factory of the Forges and Workshops of Creusot (SFAC), formerly the Schneider Etablissements.

After 13 years of restoration, it was given a new life in 2006, taking passengers across France and Europe. Every year, trips are organized for tourists to relive the excitement of steam train journeys.

Whether you choose to visit the 241 P17 steam locomotive with your family, your partner or friends, you're guaranteed an unforgettable experience and a captivating insight into Le Creusot’s unique railway history! 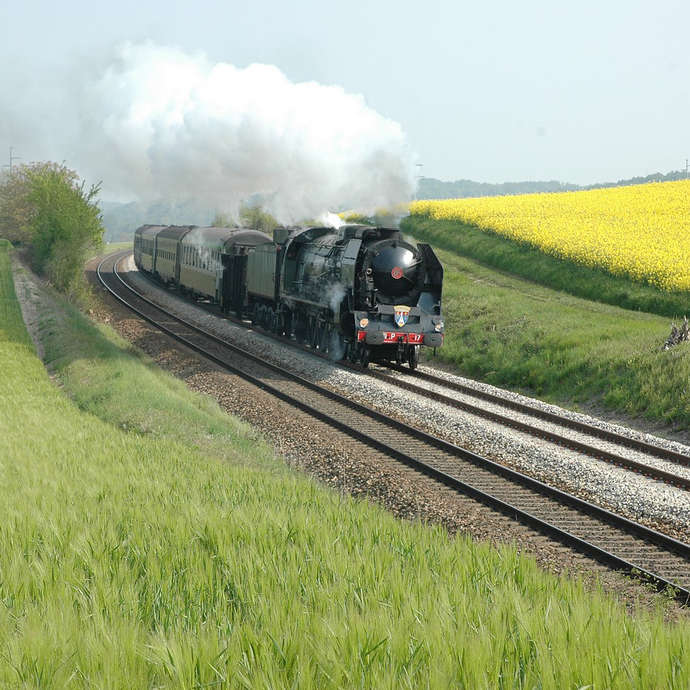