A thriving industry that has disappeared

The arts of fire gave birth to Le Creusot at the end of the 18th century, with the foundry and a crystal factory.

From 1769, the extraction of coal in Montcenis made the establishment of a foundry possible in 1781, in a neighbouring hamlet called Le Creusot. At that same time, the fashion of lead crystal, coming from England, spread in royal courts and in wealthy circles throughout Europe.

The new “Manufacture des Cristaux de la Reine” located in Sèvres, near Paris chose to install its workshops in Le Creusot due to abundant and cheap coal supplies. A large U-shaped building was erected on the heights of town, overlooking the foundry to incorporate workshops, warehouses, administration and housing for workers on the same site. Nearby, two conic brick buildings accommodated the furnaces.

In the early 1830s, the crystal factory encounters difficulties and ends up being sold by its owners. It is finally acquired by Baccarat and Saint-Louis in 1832, at a time when the glass and crystal  industry are declining in Le Creusot.

The multipurpose buildings are then used to accommodate miners and workers of the foundry. In 1837, the Schneider brothers, the new owners of the forges purchase the buildings and Eugène Schneider decides to make it his residence in Le Creusot.  Refurbishment work is undertaken to transform the former glass and crystal factory into a prestigious residence, baptised The Chateau de la Verrerie. 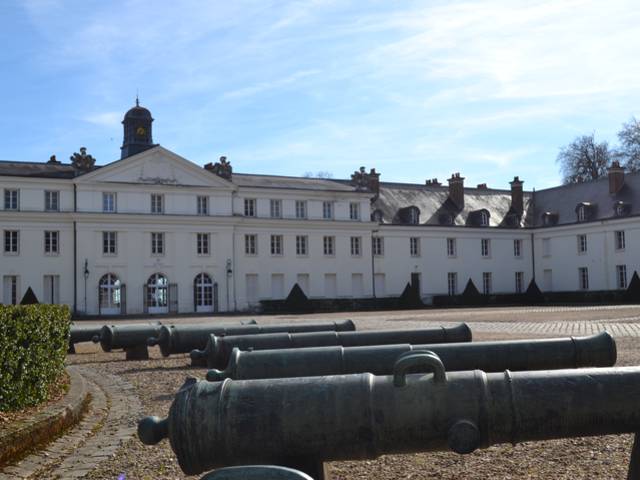 Nowadays, the Château de la Verrerie houses the Museum of Man and Industry, which plunges visitors into the industrial history of the area. The permanent exhibition presents an impressive collection of opalines, glassware and crystal objects highlighting the expertise, the quality and the variety of products manufactured by the factory in Le Creusot.