Born out of the abundant coal deposits of its underground, Le Creusot flourished with the steel industry.

From a small hamlet to a factory town

In the middle of the 18th century, le Creusot was only a small hamlet. For a long time however, in the nearby village of Montcenis, the population knew about the existence of the Charbonnière, a place where outcrops of coal could be collected from the surface of the ground for local use. Small forges also indicated the presence of a small steel industry.

A man however, had the genius idea of organising the production of the first mines. In 1769, he was granted authorization to start operating a large mining concession covering the entire region. Despite technical difficulties, the coal extracted was acknowledged for its high quality: it could be transformed into coke, the fuel used in blast furnaces. Investors were attracted to the region and a foundry was established in the hamlet of Le Creusot in 1781. This new manufacture was at the forefront of technical innovation using new techniques from England (coke melt, steam engine ...) for the first time in France. Shortly after, a crystal factory was established nearby. Urban population growth was fuelled by new immigrants who came to work in the steel factory and the town of Le Creusot was eventually officially founded in 1793.

Pictures of Le Creusot in the old days

At the beginning of the 19th century, the foundry was equipped with an English style forge. In 1836, two brothers, Adolphe and Eugène Schneider acquired the foundry and propelled their business to the forefront of metallurgy in France, paving the way for industrial advancements. The Schneiders implemented a strong paternalistic model designed to control every aspect of its workers’ lives : housing, education, healthcare etc… Thee town evolved naturally around its factories and urban planning revolved around its industrial heart rather than around a proper town centre like in most other cities.

Factory productions were diversified: steel, mechanical production (locomotives, boats), armament, then electrical equipment. Neighbourhoods were developed and the population growth expanded with the workshops labour requirements : 1,850 workers in 1838, 9,400 in 1870, 19,600 in 1918, 12,000 in 1929. This expansion led to the town being bombarded twice during the Second World War.

After the period known in France as the Trente Glorieuses, the 30 years post-war economic boom, the Schneider factories, renamed S.F.A.C and Creusot-Loire in the meantime, faced the decline of the iron and steel industry. In 1984, Creusot-Loire went bankrupt and a shock wave hit the entire town of Le Creusot. Whilst the different branches of the industrial group were taken over by other companies, it was time for Le Creusot to transition into new economic sectors.

Explore the unique and glorious heritage of Le Creusot, once an industrial powerhouse for two-centuries and the cradle of the Industrial Revolution in France.

A thriving industry that has disappeared 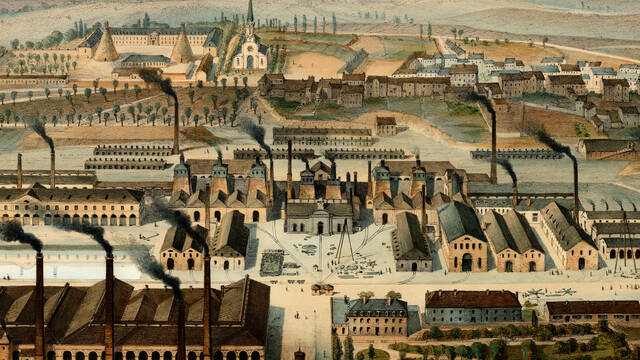 From the Royal Foundry to the English style forge

The origins of an industrial empire 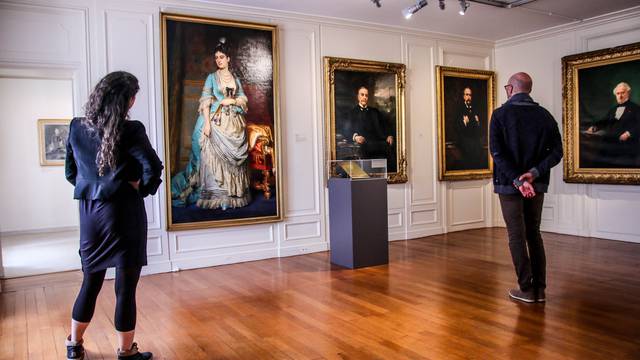 A dynasty of industrial entrepreneurs